Speech at Association for Financial Markets in Europe (AFME)

It is a great pleasure to be with you today.

Allow me to start this journey in the Middle East. It’s 2019, the capital of one of the oldest countries in the world. I am present with a key bond investor and we went through the ESM investor presentation. Flipping through the slides, their team studied the list of banks in our market group. One of our hosts raised their head and said. You might have a great list of counterparts, but if we want to buy European paper, there is just a handful of players that we can truly trade with. Banks that have the size, depth and for which screen prices are truly tradable.

This comment stuck in my mind. I wanted to get to the bottom of this issue.

Later that year, the ESM joined the High-Level Group for Capital Markets Union (CMU) – set up by the European Commission. I had the pleasure to represent the ESM. It was the perfect platform to explore this issue.

Allow me to set the scene

The number of primary dealers in Europe - who act as market makers - is now at its lowest since 2006.

Only 7 percent of equities and 0.3 percent of bond securities in Europe are deemed liquid, according to a report by regulator ESMA.

Market stress indicators are rising, driven by energy shocks, inflation shocks and the war in Ukraine. Markets react, as we have seen during the 45 days of the Truss administration in the UK.

This in a time where we have one of the fastest market repricings in decades. To put a number to it, we issued our first 3 months bill earlier this year at a yield of minus 0.67 percent. Two weeks ago we issued a 3 months bill for plus 1.51 percent. A repricing of more than 2 percentage points.

With bond market volatility near to 2008 levels, it increases the risk of a more fragmented capital market.

The mandate of the ESM is financial stability in the euro area.

As part of the High Level Forum, we identified 5 key levers to boost CMU:

I would like to deep dive into market making with you. Last month, the European Stability Mechanism’s Chief Economist Rolf Strauch and myself published a ESM blog post which detailed why we need strong market making in Europe.

Why strong market making is key for capital markets

As you will undoubtedly know, market makers are intermediaries who engage their own account to provide immediate trade execution to clients and buy or sell securities, such as bonds or equities, at prices they determine.

Market making is therefore integral to an efficient allocation of resources through capital markets, even during periods of heightened financial stress, because:

Large banks with sizeable balance sheets and a strong capital base can provide efficient market making services across main asset classes and currencies.

Globally and in Europe, it is US banks who dominate market making. And this trend has increased over the past five years.

Over that period, we have seen US banks increase their market share in global equity trading to nearly 50 percent from just shy of 40 percent. The role of European banks halved to just 5 percent.

Even in Europe’s domestic equities market, US banks command 45 percent of trading revenues, while Europe’s own banks lost market share and stand below 25 percent.

By contrast, in domestic debt markets, European banks dominate with 43 percent of trading revenues, followed by US banks at 25 percent. But that is still less than half of local debt business handled by local banks.

This exception in European debt markets results from the prominent size of the government bonds segment where countries tend to rely on domestic banks to reach local distribution channels. This advantage disappears on a global level where US banks are in the lead again.

Yet, in the European debt markets, there is a trend towards more concentration in the market making activities.

In a sample of 16 European government bond issuers, the number of primary dealers who act as market makers is now at its lowest since 2006. Those numbers are from AFME.

Within this smaller pool, the proportion of non EU banks, in particular US banks is at an all-time high.

Why do all these market shares matter?

In times of crisis and heightened uncertainty when the service of market makers ensuring smooth market flows is most urgent some non-EU banks may reduce their activity, thereby risking liquidity.

Why market making has shrunk

Firstly, the equity and debt markets are global and accessing them requires large banks or other nimble intermediaries that have a worldwide coverage; US banks benefit from advantages in that regard.

That is why major market players, corporates and large sovereign issuers often opt for global US banks for their primary and therefore secondary market support.

Secondly, the dwindling prominence of European market makers is at least partly attributable to the difficulty of European banks to thrive in the midst of continued fragmentation of Europe’s capital markets and a not yet complete banking union.

Thirdly, European banks have had to adapt to a rapid succession of new regulations, particularly in terms of capital requirements.

These changes increased costs and have weighed on the banks’ capacity to maintain high quality services to investors in market making.

Consequently, European banks have tended to withdraw from some market segments and reduced their worldwide coverage of clients to focus on their most profitable activities.

As costs have risen, European banks have faced greater difficulties to spend on large scale new technology-based trading solutions. The European Patent Office’s league table is dominated by US banks that filed more than 5,000 patents versus one European bank that registered 50.

How to strengthen Europe’s market makers

To revitalise market making in the 27 member European Union, we need to do three things:

It is then urgent to revitalise market making in the European Union. We need to bolster market making of European banks by creating a favourable environment.

This entails completing the banking union, assessing the impact of Basel III standards and improving the functioning of European capital markets.

The completion of the banking union would help European banks developing cross-border activities and encourage increased activity in the capital markets beyond their home country.

Recent measures taken in the context of the European Commission’s action plan to reboot the Capital Markets Union initiative will have positive spill-over effects in market making activities.

We welcome, for instance, the recent proposal to implement a consolidated tape by asset class for all EU countries that aims to reduce market fragmentation and information distortion.

By expanding data transparency with a consolidated tape and providing a full picture of transactions across all trading venues, liquidity providers would be able to overcome the current challenges of high costs and operational burdens.

Meanwhile, reducing over-reliance of the European economy on bank financing in favour of a broader base of sources under CMU, would free up some scarce banking resources that could be allocated to other businesses such as market making.

Finally, financial techniques such as securitisation, when properly used and monitored, allow banks to offload loans from their balance sheets and free up capital, funding and balance sheet resources for other activities.

I want to go back with you to my investor in the Middle East. First of all, I can flag that I addressed the issue with you a great audience at AFME that truly can make a difference in this space. Don’t underestimate that.

But hopefully in a few years all investors can say that Europe has stepped up its game in market making. For this, we need policy makers, banks, non banks and all other financial players to work together to make it happen.

Can we rise to the challenge? The securities industry has always been innovative and responsive to the need for change. So with your support yes we can. 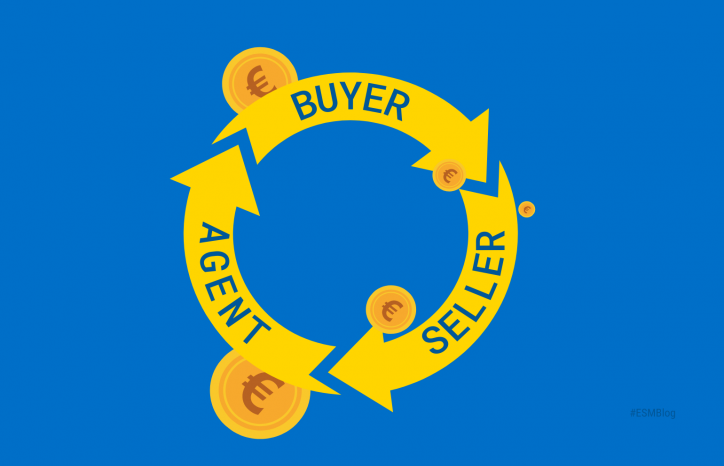