On 27 January and 8 February 2021, ESM member countries signed the Agreement Amending the ESM Treaty. The Agreement provides a legal basis for a set of new tasks assigned to the ESM. The reformed Treaty will come into force when ratified by the parliaments of all 19 ESM Members.

The ESM’s new tasks include providing a backstop to the Single Resolution Fund, and a stronger role in future economic adjustment programmes and crisis prevention. In addition, the application process for ESM precautionary credit lines will be easier, and the instruments will be more effective. 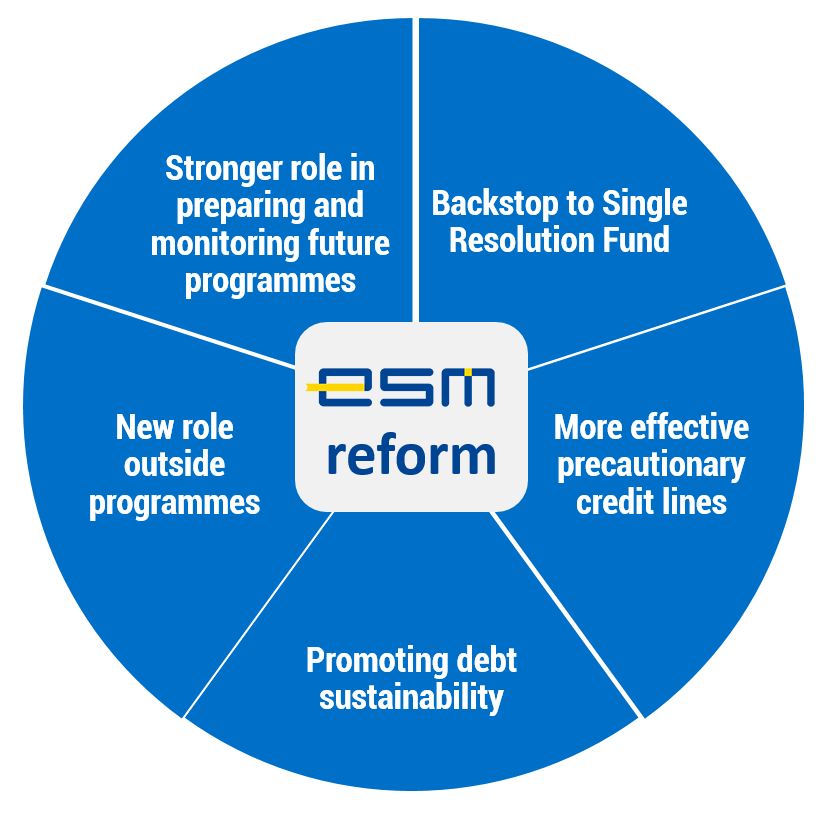 ESM reform was initially endorsed by the Heads of State or Government of euro area countries as part of a package of measures to strengthen Economic and Monetary Union (EMU) and to broaden the mandate of the ESM at the Euro Summit on 14 December 2018. The political agreement on completing the Treaty reform process was reached by finance ministers in the Eurogroup on 30 November 2020.

The ESM’s broader mandate will contribute to strengthening financial stability in the euro area and make it better equipped to quell future crises before they escalate.

The Eurogroup agrees to proceed with ESM Reform

Eurogroup Dec. 4 agreed, in principle, on all elements related to the ESM Reform

Euro Summit endorses all elements on the Eurogroup report

Eurogroup agrees on a comprehensive package for EMU deepening