Read online version of the ESM history book “Safeguarding the Euro in Times of Crisis: The Inside Story of the ESM" 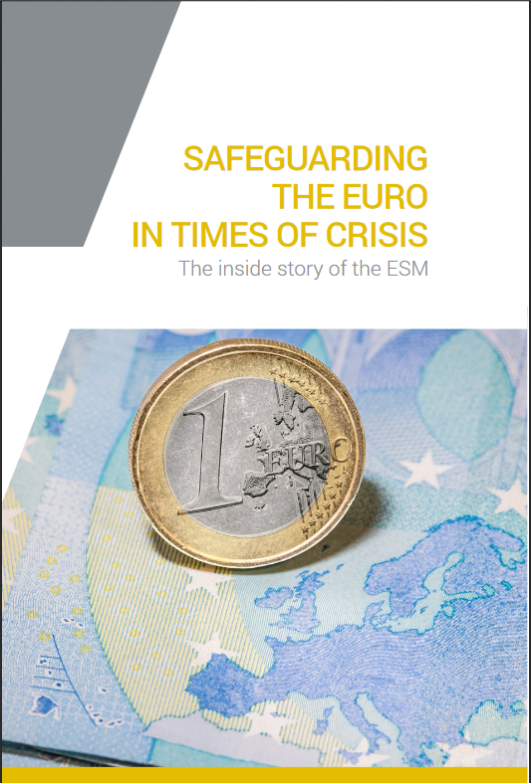 Already struggling from financial turmoil that had washed up on its shores from the U.S. 2008-09 subprime mortgage collapse, a new home-grown crisis erupted in Europe in 2010. Markets began to mistrust a number of countries, requiring ever higher interest rates when they borrowed on the market. They judged them increasingly risky: their governments had let their deficits balloon, lost competitiveness, or allowed lax oversight of banks. Eventually, the unthinkable started to happen in 2010. Countries began to lose market access, i.e. they could no longer finance their government expenditure at acceptable borrowing costs. They needed help; Greece was first to ask. The country received loans (Greek Loan Facility) from the other euro area countries on a bilateral basis.

The European Financial Stability Facility (EFSF) was set up as a temporary solution in June 2010. The EFSF still exists as a legal entity (to receive loan repayments, make payments to bondholders and refinance outstanding EFSF bonds), but it can no longer grant new loans.

The ESM is established (October 2012)

The European Stability Mechanism (ESM) was set up on 8 October 2012 as a successor to the EFSF. It is a permanent solution for a problem that arose early in the sovereign debt crisis: the lack of a backstop for euro area countries no longer able to tap the markets. The EFSF and ESM remain separate legal entities but share staff, facilities, and operations.

Since the ESM’s inception, its membership has grown from 17 to 19. Latvia and Lithuania joined the ESM in 2014 and 2015 respectively, following their accession to the euro area. That number will grow to 20 when Croatia joins the euro area in January 2023.

The EFSF and ESM have disbursed €295 billion to five countries. Both institutions helped preserve the integrity of the euro. They proved that a cash-for-reforms approach works, and that countries emerge fitter and more dynamic after economic and structural. EFSF/ESM programmes eased the debt burden on beneficiary countries, passing on low interest rates, and pushing out the repayment period. They are an expression of solidarity among euro area countries, and a good European cooperation during a crisis.

Spain (December 2012) was the first programme country to receive disbursements from the ESM to recapitalise its ailing banking system. Later, in May 2013, Cyprus received the first tranche of financial assistance in what became the first fully fledged ESM programme.

In 2015, Athens entered a new ESM programme. It was the third programme for the country, and followed months of tense negotiations.

The EFSF and ESM implemented a series of short and medium-term debt relief measures for Greece. The measures included the extension of loan maturities, a deferral of interest payments, and the abolition of the step-up interest rate margin (a type of lending fee in the second Greek programme).

ESM Members signed a revised version of the ESM Treaty, assigned a number of new tasks to the ESM. The revised Treaty will come into force when ratified by the parliaments of all 19 ESM Members.

The most visible indication of the success of the EFSF and ESM is the improved performance of the countries that requested help. Ireland (December 2013), Spain (December 2013), Portugal (May 2014), Cyprus (March 2016) and Greece (August 2018) successfully completed their EFSF/ESM programmes. As a result of the loans they received, as well as the broad range of implemented reforms, these countries emerged stronger from a period of financial distress. They regained the trust of financial markets and are able to fund themselves at lower interets rates (see figure below).