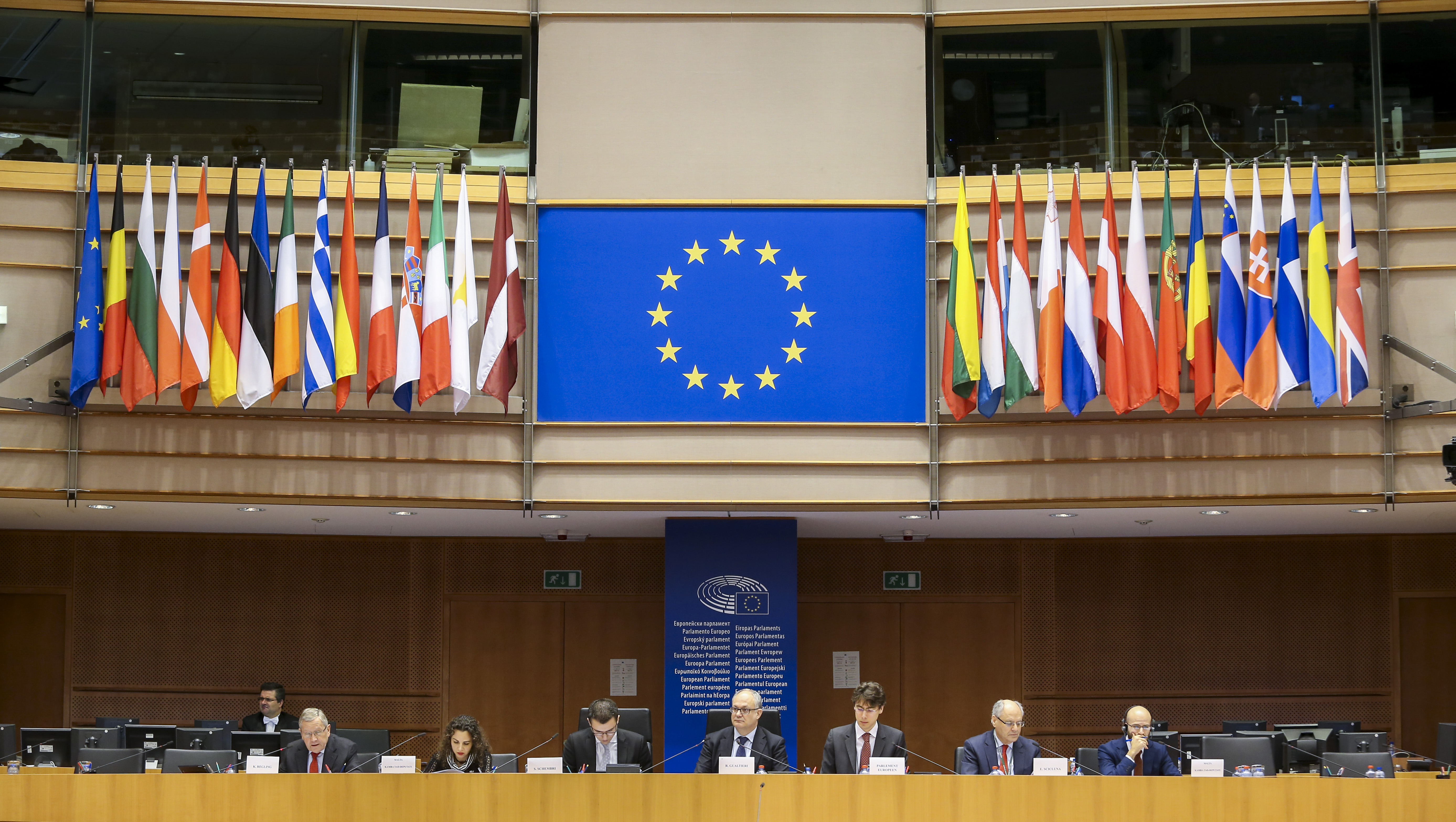 Interparliamentary Conference on Stability, Economic Coordination and Governance in the European Union

It is a great pleasure for me to be here. Today’s dialogue is important to create greater understanding of the work we have done to put EMU on a stable footing after the crisis. And to instil trust that the EU is the best platform for the tasks that still lie ahead of us.

I have been at the head of Europe’s crisis firewalls since the moment they were set up: the EFSF in 2010 and the ESM in 2012. You know that these two institutions are legally separate, for instance as issuers in the bond market. But institutionally they are one. They have the same staff, in the same building.

I also dealt with financial crises as an official at the IMF and the German Ministry of Finance. For instance the Latin American debt crisis in the 1980s and the Asian currency crisis of the 1990s. During such times of turmoil, people often only start realising that things are serious when rescue mechanisms such as the IMF or the ESM step in. Hence, these institutions are often seen as the problem. In reality, of course, the problems start in the years leading up to the crisis, in the form of misguided economic policies and unsustainable wage developments. The moment that the IMF or the ESM step, countries are close to losing market access, and need to adjust.

So what were the long-term causes of the crisis that hit EMU roughly a decade into its existence? Being a member of a monetary union brings restraints that not every country had fully accepted. In some cases there was no sufficient tradition of the fiscal discipline required in the monetary union. Other countries priced themselves out of export markets with too rapid wage and salary increases, far beyond productivity gains. The sudden drop to permanently lower interest rates gave a huge boost to several economies, which was not compensated by sufficient fiscal constraint. The resulting cheap credit sometimes caused bubbles in real estate markets, which in turn damaged banks when they burst. In the past, such a confluence of factors would have caused devaluations of national currencies. But these are not possible in a currency union.

The minister rightly pointed out that the reform programmes that come with financial support from the ESM are painful. One important measure that needs to be taken to restore competitiveness is known as internal devaluations: reducing the cost of production, which often means nominal cuts in wages and salaries. ESM programmes give countries time to get their house in order when they are shut out of markets, and to push through these internal devaluations and other structural reforms they need to tackle the accumulated problems, and to regain investor trust.

Five countries have received support from the EFSF and ESM, four of which have now successfully exited: Ireland, Spain, Portugal and Cyprus. And these cases show the approach works. These countries reduced fiscal and trade deficits and have become reform champions: Greece, Ireland, Portugal and Spain are all in the top-5 of countries that have implemented the most structural reforms, according to the OECD and the World Bank. The positive results of these painful adjustments are visible. These countries have high growth rates and unemployment is falling.

In our post-programme surveillance we look at all former programme countries until they have fully repaid their loans. We are a large creditor for all these countries, sometimes the largest.

Greece is a special case, as it is in the middle of its third programme. The country had made very good progress in 2014, when its economy returned to growth and it could again access the bond market. Since August 2015, it has made good progress in the context of its third programme. We have disbursed about €32 billion since then. The measures for further debt relief for Greece that we started to implement recently are another sign of the financial solidarity within the euro area. Already, our favourable financing conditions are saving the Greek budget €8 billion per year, or 4.5% of GDP. The new measures will reduce Greece’s debt level in the period to 2060 and help Greece to return to debt sustainability.

It is often said that the euro is a purely political project. I don’t share that view. The euro has brought real economic advantages. Companies are, for instance, saving foreign exchange costs of €20 to €25 billion per year. The single market works better with a single currency. Price transparency has increased, leading to greater competition and therefore higher growth. And, perhaps most important – but often forgotten – the intra-European currency turmoil that we saw after the Bretton Woods system had ended from the early 1970s to the mid-90s is no longer possible.

Finally, I know that you are interested in the evaluation of the past assistance programmes that the EFSF and ESM did. We very much welcome this new task because it allows us to review our past work so that we can draw lessons for the future. The work is proceeding well under the guidance of the high-level evaluator, Gertrude Tumpel-Gugerell, a former member of the ECB’s Executive Board. It is too early to say anything about the conclusions of the report. As planned, we will present it to our board of governors in June.

Thank you for your attention. I now look forward to our discussion.