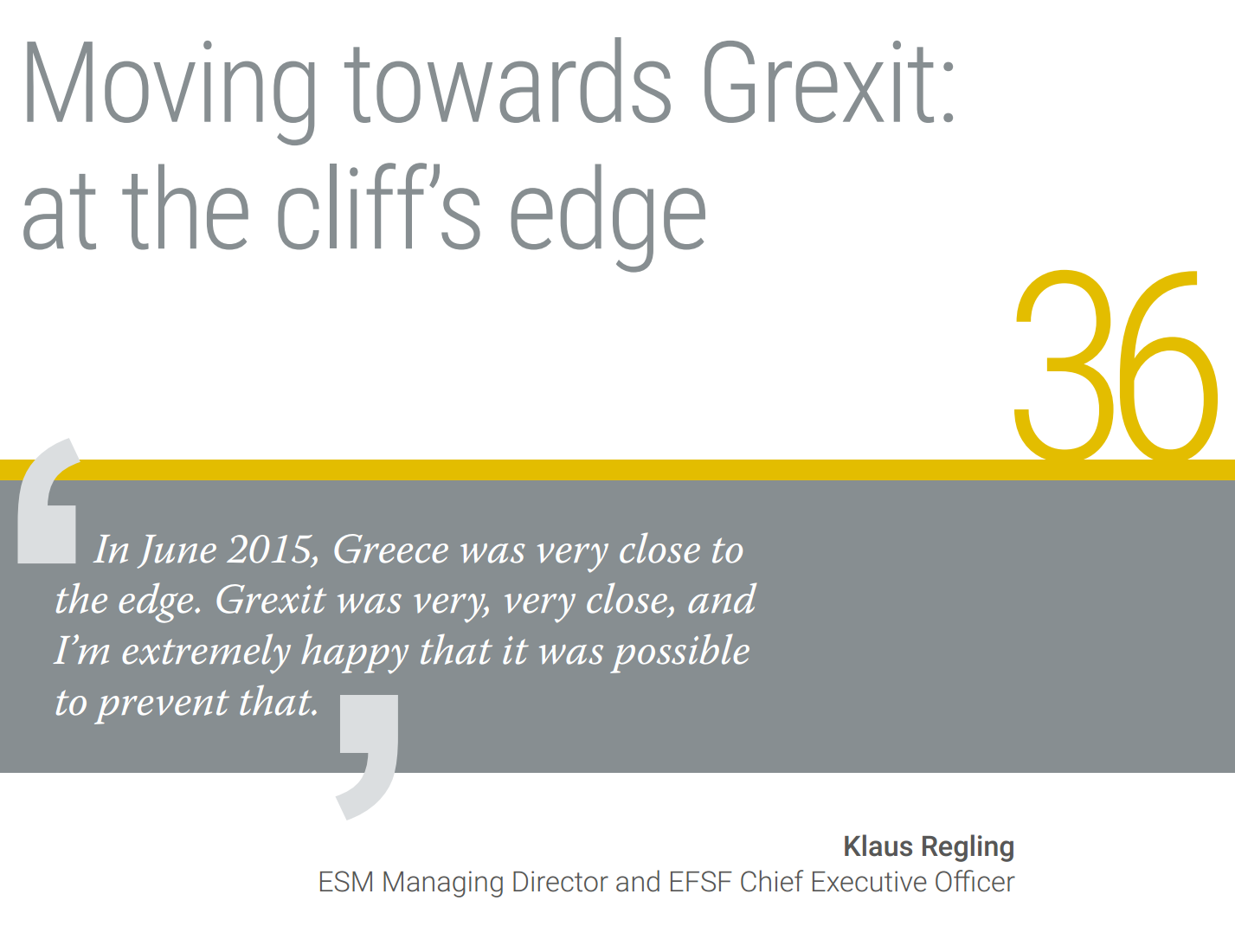 Greek voters, bitter over the wage and pension cuts required by the troika, sought change via Syriza, the party led by the charismatic newcomer Alexis Tsipras. He became prime minister on 26 January 2015, with one month left in the second rescue programme and no prospect of an agreement on the final review in sight[1].
Instead of plunging into negotiations with the creditors, however, Tsipras weighed his options. The Eurogroup realised that the newly installed government would need time to figure out a strategy. But Syriza was initially adamant that it wouldn’t ask for an extension to the existing rescue, since the whole premise of its campaign was to expel the troika. 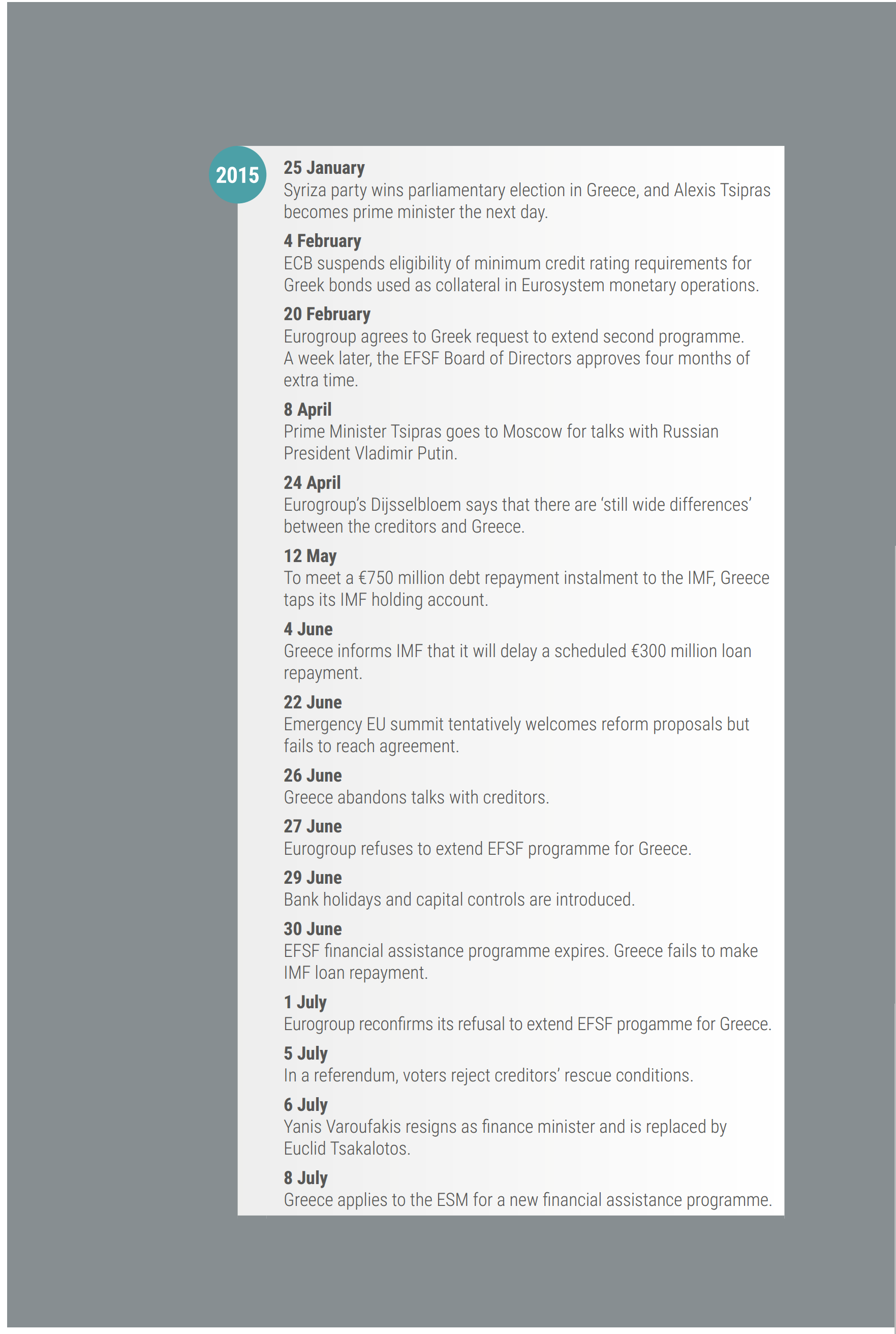 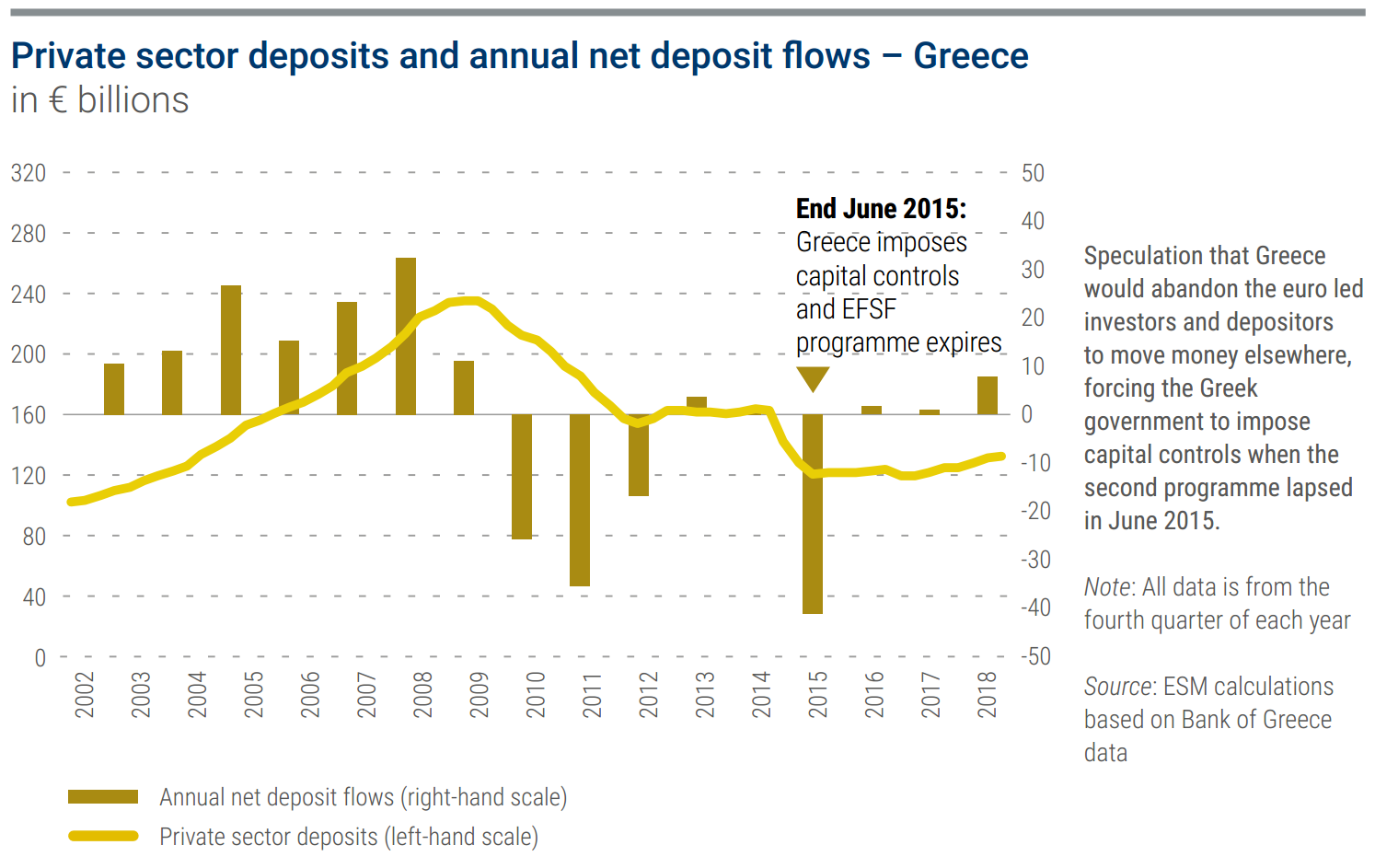 ‘Capital controls were a crisis measure,’ ESM Managing Director Regling said. ‘They should not happen in a monetary union, although it was the second time – they also happened in Cyprus in 2013. And still it was a shock. It would have been better not to get into a situation where that becomes unavoidable. But given where Greece was, there was no choice.’
The referendum went ahead on 5 July[19]. Public anger was unequivocal: Greeks voted by a margin of 61% to 39%[20] to denounce the international creditors and protest against the hardships that had befallen them since the extent of the government’s budgetary woes surfaced in 2009.
Immediately after the referendum, however, Tsipras relaunched his outreach to the creditors. He began by asking Varoufakis to resign as finance minister[21], replacing him with the more diplomatic Tsakalotos[22]. ‘In the six months of the Varoufakis tenure, about €45 billion deposits left. That says everything,’ Stournaras said. ‘This led to capital controls with the declaration of the referendum.’
On 8 July, Tsipras sought a new ESM programme. Having given voice to public grievances over the distressed state of the economy and the privations resulting from five years of spending cuts, the Greek prime minister seized the opportunity for a fresh start. A day after requesting aid, Greece submitted a new set of reform plans that would anchor a third rescue programme. It was time to turn the page.