12. ‘Make sure the project flies’: the EFSF’s first bond 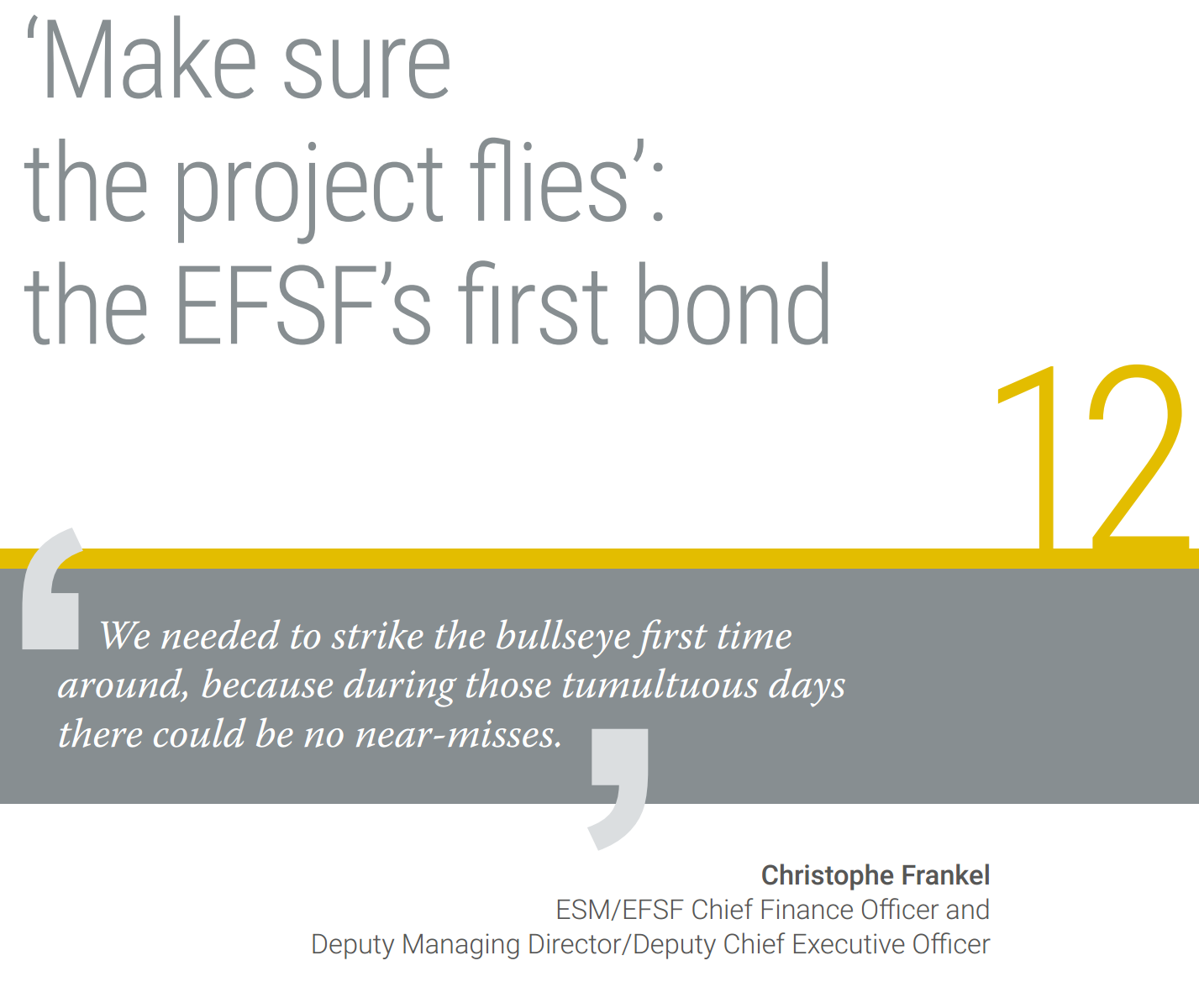 Once the EFSF sold its first bond, its next technical challenge was sending the money to its proper destination. To disburse the funds to Ireland a week later, the new firewall needed access to the 24-hour secure global communication network used in the exchange of international payment instructions, the Society for Worldwide Interbank Financial Telecommunications, better known by its acronym SWIFT.
Shortly before the transfer, Chief Economist Strauch approached Fernando Rodriguez, the EFSF’s 13th hire and first and then sole in-house funding expert. He joined the day of the inaugural bond offering, only to face his first challenge almost immediately. Strauch asked, ‘Do you have any experience in the back office and settlement of payments within the SWIFT system?’
‘None at all,’ Rodriguez, who would become advisor funding and investor relations, said he responded. ‘So Rolf put a huge pile of folders with documentation on my desk and said: “Okay, you now have one week to read all these and to set up the necessary arrangements to be able to make the payment.”’
‘It was really painful,’ Rodriguez admitted. ‘But we all knew that we were part of something big, something that we would always remember.’
The disbursement went through on 1 February 2011. Despite the stresses, Rodriguez said the experience was intensely rewarding. ‘For me, on a personal level, to be able to say to my children, I was the guy that made the first payment to Ireland and established the pattern for the financial assistance through this mechanism – that’s something no one else can say.’