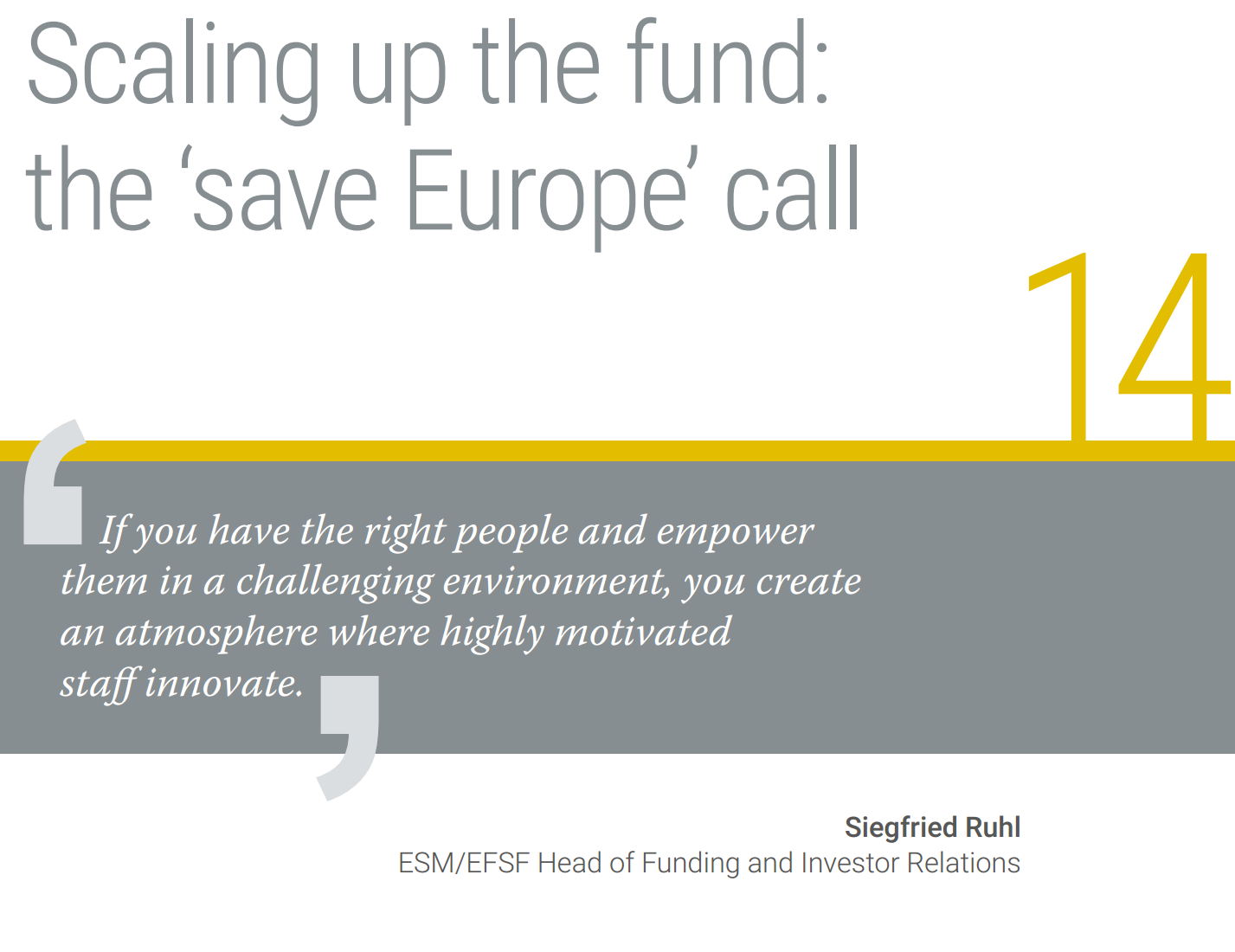 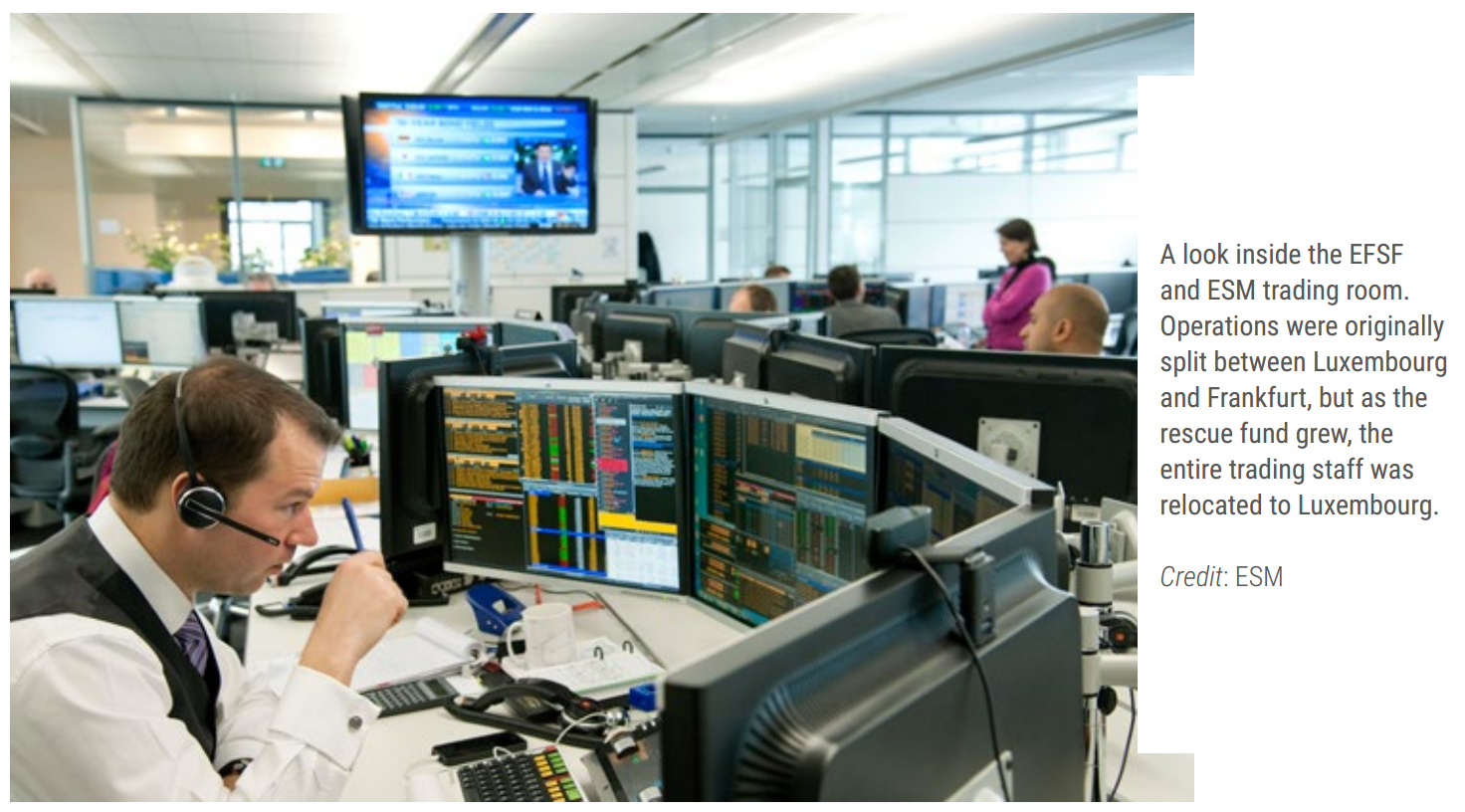 The ESM took over the contracts of the funding team in January 2013, ending the formal link to the German Finance Agency. Since then, the funding team has more than doubled in size, and specialists in investor relations have been added. The focus has shifted to how to help the institution mature now that the pressing needs of the early days have ceded ground to new pressures to develop more versatile strategies and analytical products. Still, the core of the team has been the veterans who were present from the start. In the end, the ESM was able to import its entire team from the German agency, allowing the firewall to grow without losing the critical knowledge gained in its first two years.
‘I have never experienced a team spirit like the one here in the German Finance Agency’s EFSF team,’ Weinberg said. ‘I had a feeling of the flow, like a runner’s high. If you are running along and are lucky you get into the flow. You feel that everything is moving effortlessly, and it gives you such a sense of satisfaction.’