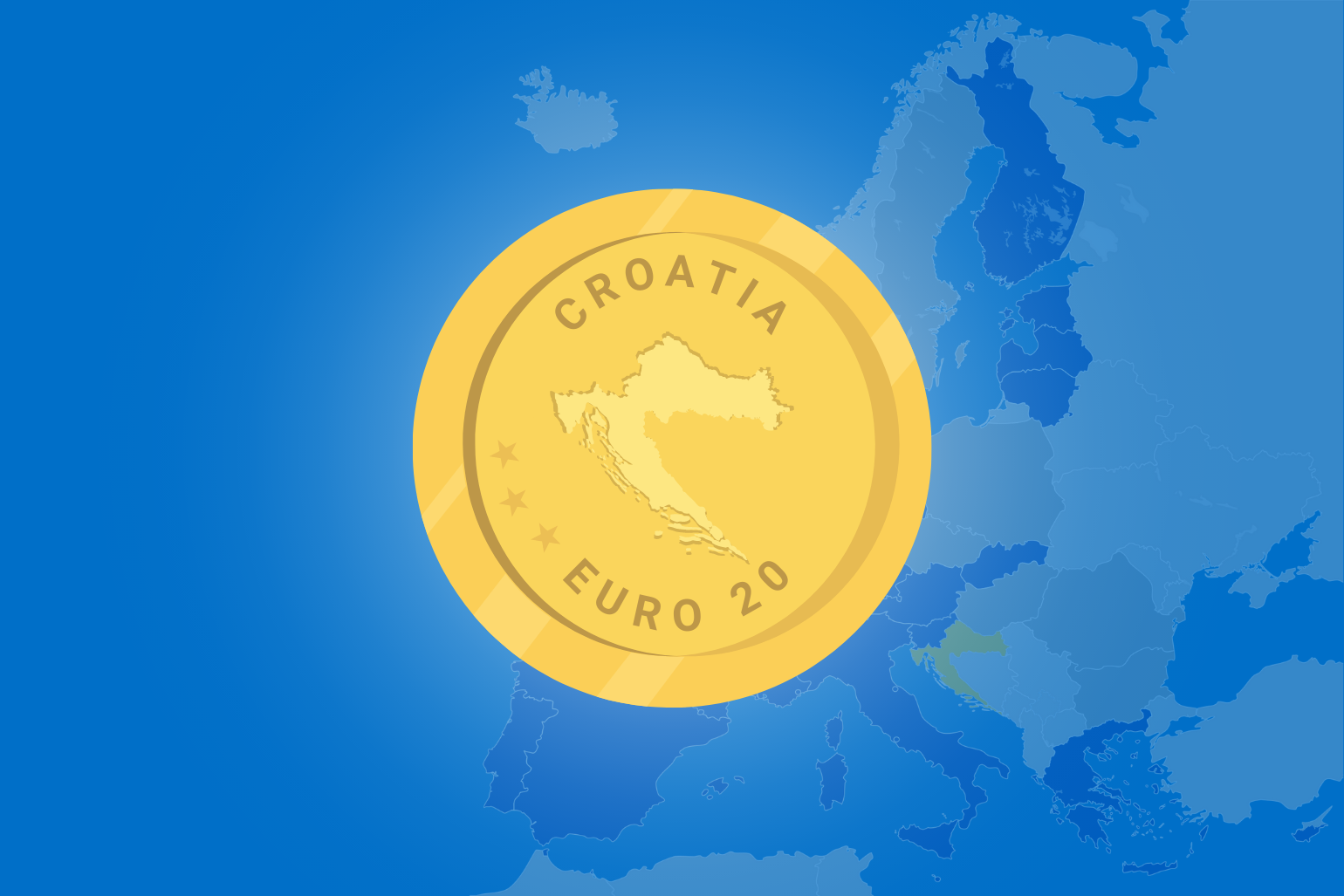 Four million more European citizens will have the euro in their pockets from 1 January when Croatia joins the euro area.

Following a decision on 5 December by the euro area finance ministers, who represent the ESM shareholders, Croatia will soon join the ESM family.

In this blog, we assess the benefits that Croatians will experience from membership of the single currency as well as being part of the euro area safety net, the ESM.

The currency union has nearly doubled since its launch in 1999 with 11 countries. Croatia’s inclusion as the 20th member demonstrates the union’s continued growth despite the pandemic, conflict in nearby Ukraine, energy crisis, and the strict criteria for inclusion, the so-called ‘convergence criteria’, related to their economies, capital markets, and governance.[1]

Since joining the European Union (EU) on 1 July 2013, Croatia has been determined to adopt the euro and started the process as soon as it was admitted to the EU. The country has worked hard while in the euro area’s “waiting room”, persevering and preparing its economy for euro introduction.

The prospect of joining the euro created strong incentives for the country to carry out far-reaching structural reforms, while achieving prudent fiscal policies and keeping domestic inflation under control. Now, its inclusion on 1 January makes it the youngest EU accession country to join.[2]

Croatia also had to fulfil several policy conditions and get its banks fit for Europe’s banking union.

Only as Croatia met the convergence criteria was it set for euro adoption. This was later rewarded with improved credit ratings with all three major credit rating agencies, Moody’s Investors Service, S&P Global Ratings, and Fitch Ratings, upgrading Croatia’s sovereign debt rating during the summer.

The main driver for these upgrades was that Croatia’s euro-denominated debt was no longer considered ‘foreign’ debt, as Croatia readied to join the reserve currency and become a member of the ESM, benefitting upon accession from a lender of last resort in times of crisis.

In the run-up to joining the euro area, Croatia was already issuing debt in euros. Investors’ confidence is enhanced when domestically issued bonds, denominated in euro, can maintain a stable premium against the euro benchmark, the German Bund.

As was witnessed in other countries that prepared to adopt the euro, Croatian bond yield spreads compressed dramatically – to as low as 40 basis points (0.4%) in February 2022 from 400 basis points (4%) above the yield of 10-year Bunds in 2016 (see Figure 1).

Note: Data for Croatia is only available from mid-2015.

Though the spread widened slightly in the remainder of 2022, similar to other euro area countries, this was due to the Russia-Ukraine conflict and the reaction to a general interest rate and yield spread increase in the entire market.

By joining the euro, and experiencing credit rating upgrades, Croatia will have access to a well-established and efficiently functioning euro pool for funding. Croatia may therefore enhance its investor base, market access, and enjoy potentially lower funding costs.

What the euro will mean for Croatia

The switch to the euro was born out of Croatia’s willingness for its greater integration in Europe. Adopting the euro will give Croatia the deepest form of EU integration.

Countries become stronger and wealthier upon convergence with fellow euro area members. This is most important for the ultimate beneficiaries of joining the common currency, Croatia’s citizens.

Croatia should be a good fit for the common currency area as it has a historically high degree of business cycle synchronisation with the euro area.[5]

More than half of Croatia’s exports of goods are destined for the euro area, and almost 60% of its imports originate from the euro area. ECB research has found that joining the euro area facilitates trade expansion and integration into global value chains.[6]

About half of Croatian bank deposits and loans are already denominated in euros, according to the central bank in Zagreb.[7] Adopting the euro will formalise economic activity that is already carried out using the common currency.

The single currency will make payments for goods and services easier and cheaper, removing transaction fees, and the euro area crisis management framework will give Croatia safety net in the event of future crises, with the ESM as its shield.

The ESM’s safety net will reassure global investors that money will be available if ever Croatia requests assistance. This reassurance will also help increase investment inflows for the rapidly developing local economy.

Being part of a currency union also confers a seat in decision-making. Croatia will have an opportunity to have its voice heard at the Eurogroup, and the ESM’s Board of Governors, for example.

Given the current geopolitical situation and high market volatility, adoption of the euro brings another layer of protection and stability to the Croatian economy and safeguards jobs. Meanwhile, a new euro area member state will make the currency union stronger in international financial markets and strengthen the international role of the euro.

As Croatia’s Finance Minister Marko Primorac explained to lawmakers on the day the government passed its first budget denominated in euros[8]: “The introduction of the euro will strengthen our economy, it will be an anchor of stability, will make us more resistant and protected from external shocks and crises and will contribute to the improvement of investment climate.”[9]

The ESM will also be an anchor of stability for Croatia. We look forward to welcoming Croatia in the euro area and as the ESM’s 20th shareholder!

The authors would like to thank Katarina Gumanova, Olivier Pujal, and Alexander Wohlert who contributed to this blog post.

Explainer on the accession of Croatia to the ESM