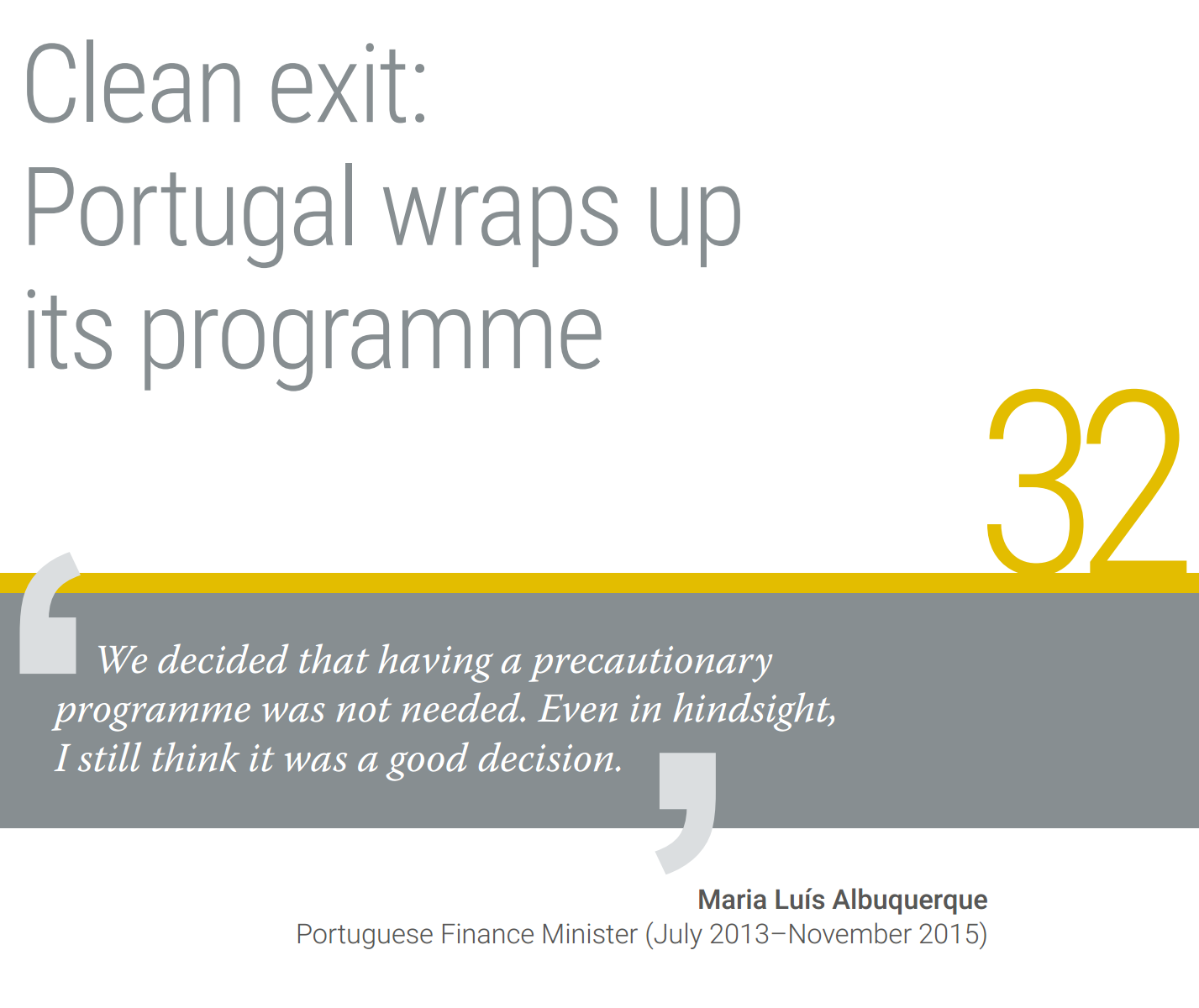 The ESM proved its mettle in setting up the assistance programme for Cyprus, building on its success in providing bank-focused aid to Spain. One of the next challenges would be not just how to start a rescue programme, but how to help countries cement their recovery. 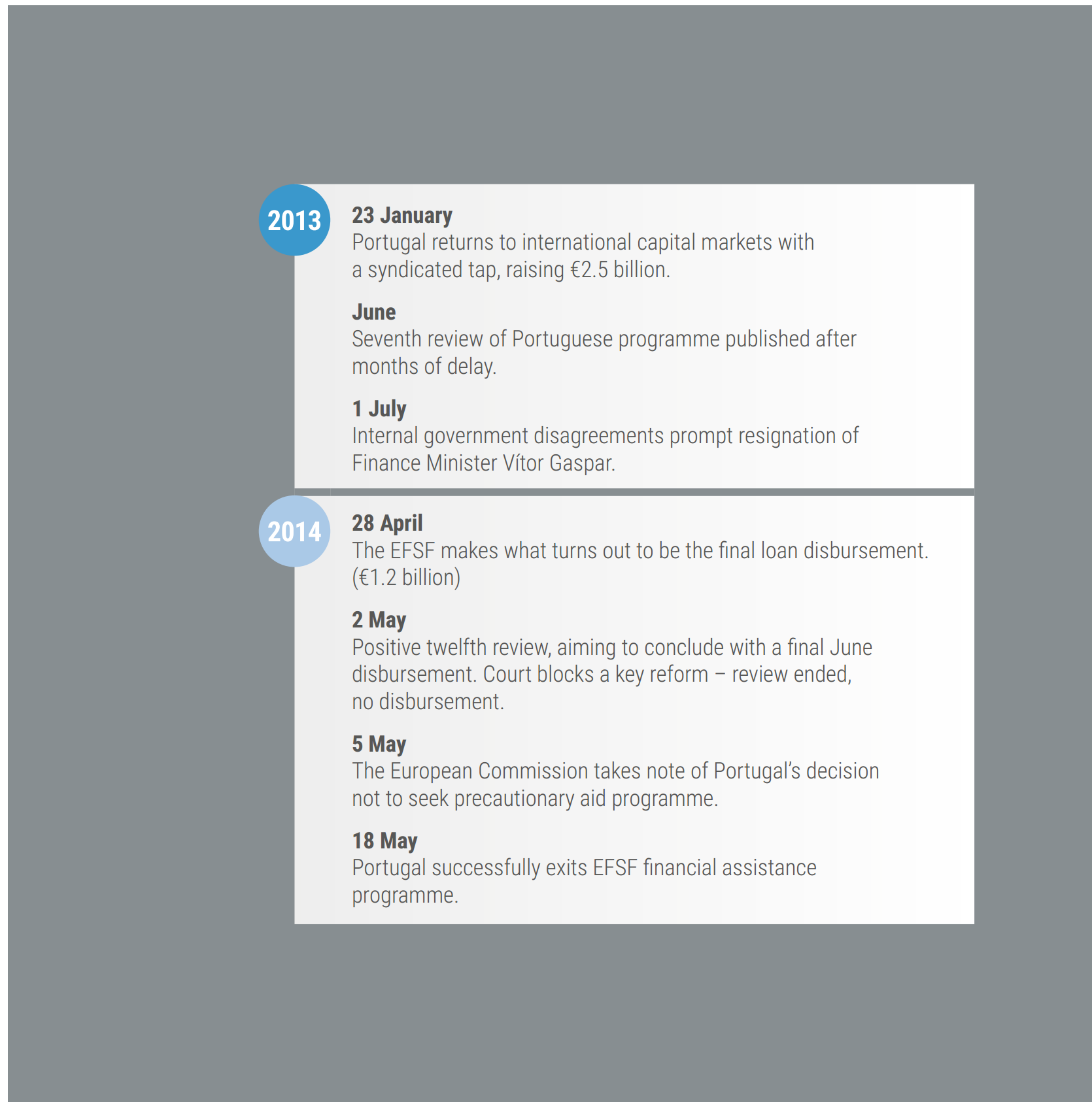 In late 2013 and early 2014, EFSF programmes in both Ireland and Portugal were coming to a close. Ireland’s economy had bounced back strongly and, by mid-2012, financial markets were willing to lend again without a euro area safety net. Portugal’s outlook was less certain. It began syndicated sales to banks in 2013, but its auction debut would have to wait until April 2014[1]. The successful €750 million return to markets was seen as evidence that Portugal would be able to exit its EFSF programme, but at that time markets questioned if it should keep some sort of lifeline open to the firewalls.
Of all of the ESM’s new tools, the precautionary credit line was the one that seemed most useful for Portugal given the circumstances. Modelled after similar arrangements offered by the IMF, the tool was designed to help countries maintain or restore market access without taking on new loans and a whole new programme. By agreeing to a set of economic policies and monitoring protocols, countries could have access to a credit line that would ensure they would not run out of money overnight. In turn, the very existence of that credit line would encourage markets to keep lending, ideally allowing the aid money to remain untapped. The idea was that this process would create a virtuous circle of momentum, and then they would not need a full financial assistance programme again. 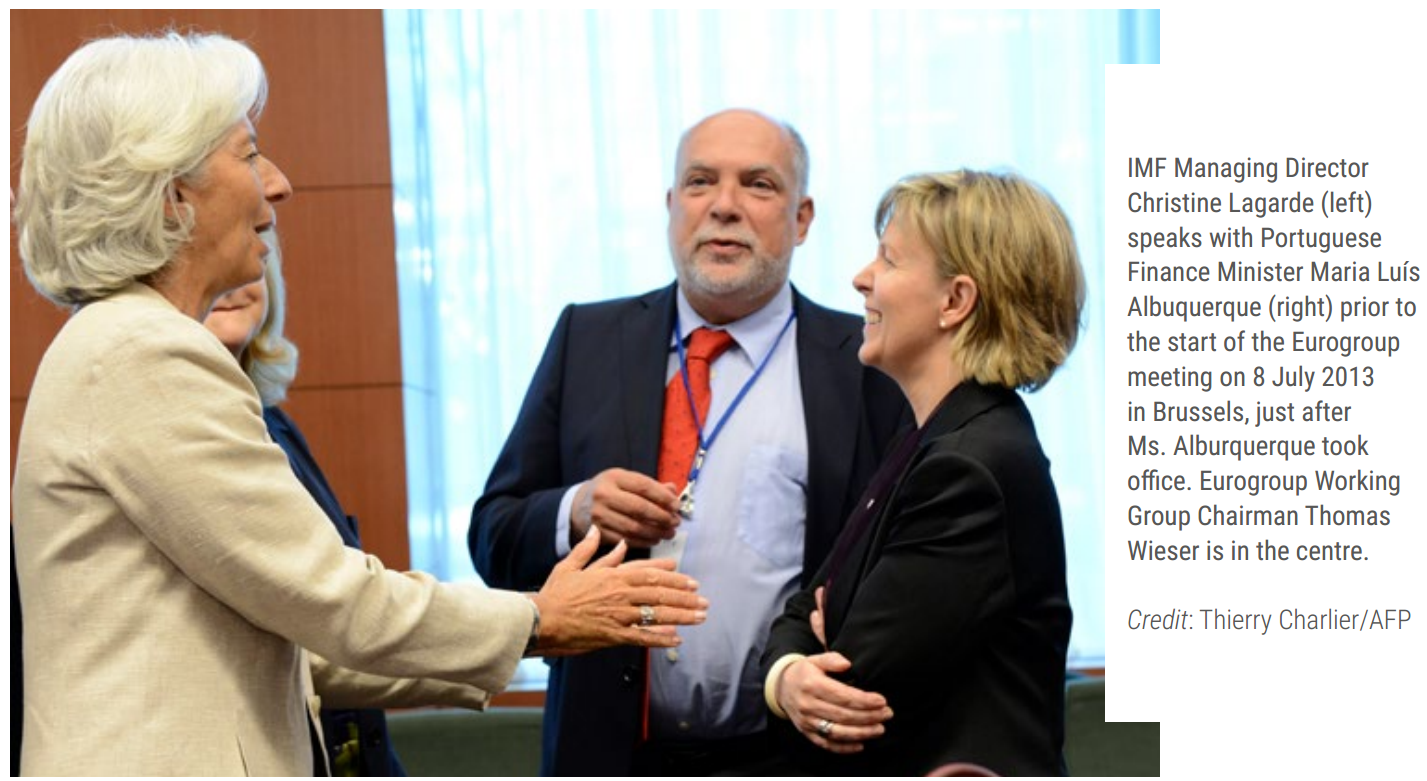