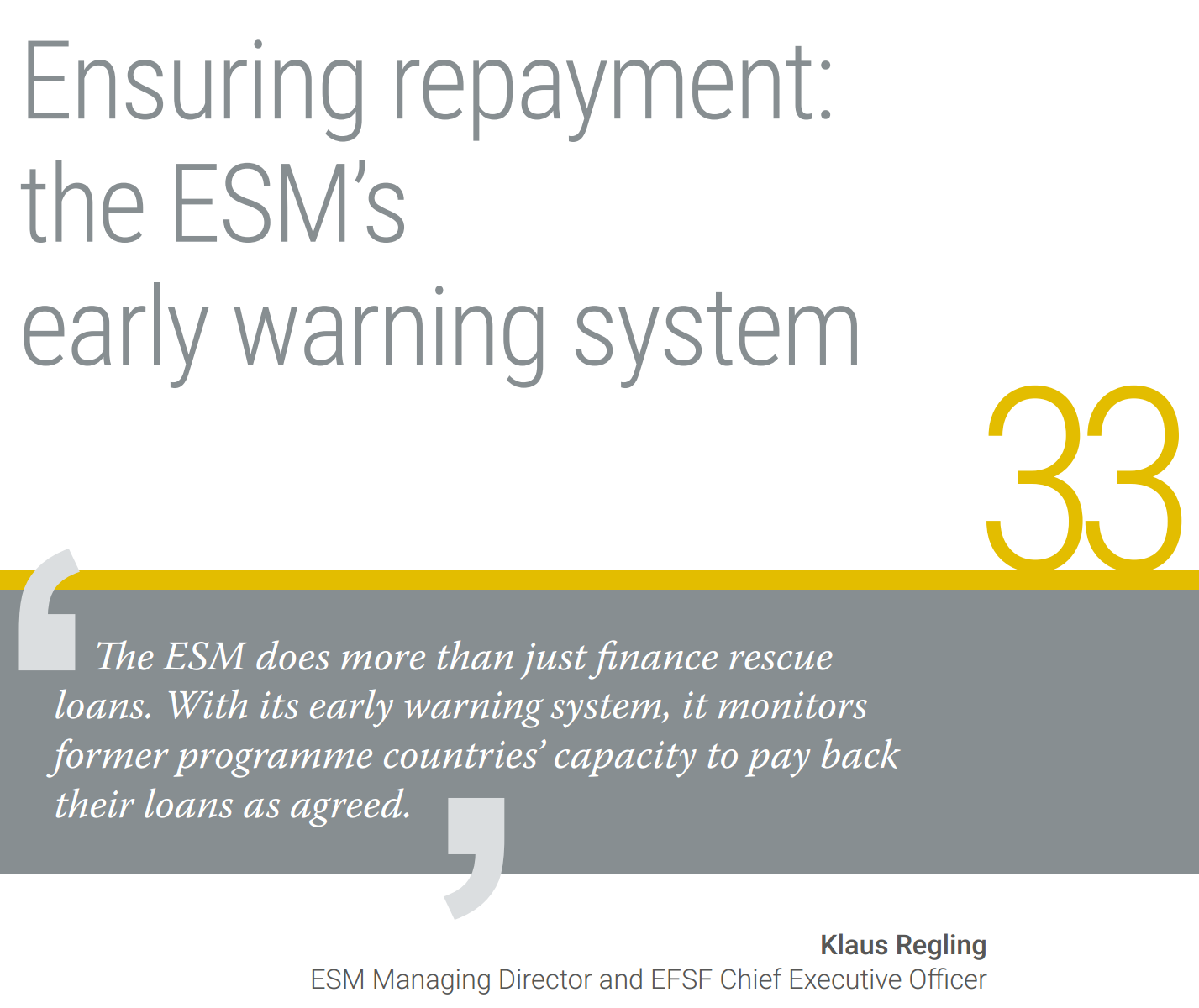 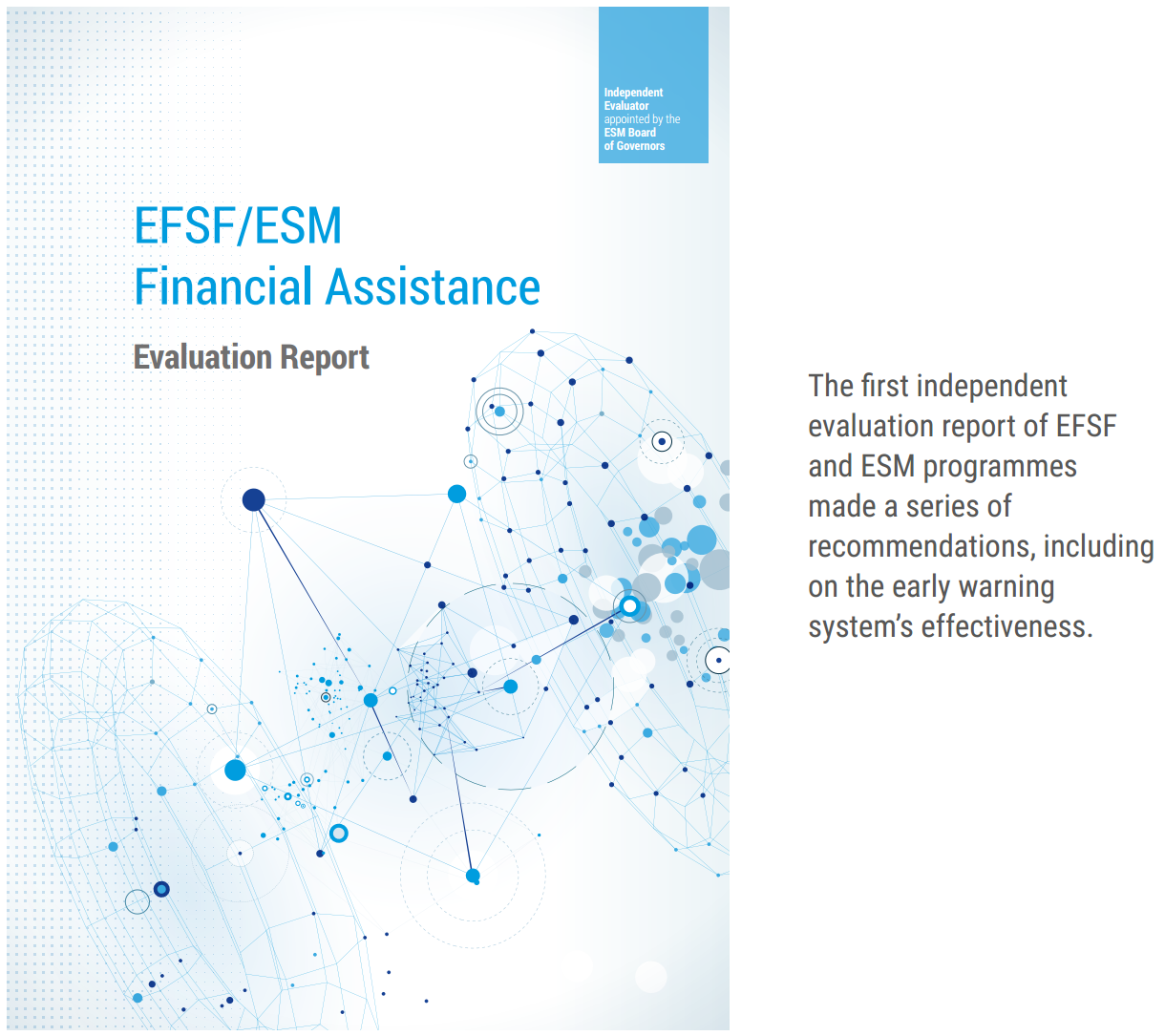 As much as possible, the ESM uses publicly available data. Only when a specific risk is identified does the ESM contact supervisors to drill deeper into the figures.
How will the early warning system evolve from here? A 2017 evaluation report[3], commissioned by the ESM Board of Governors, recommended a review of its effectiveness, noting that its ‘scope and enforcement power is limited’.

For more on the evaluation report, see Chapter 39.
‘The EWS relies on moral persuasion, peer pressure, and the powers of other institutions to achieve its purpose,’ the report found.
In terms of its mission to monitor programme countries’ ability to repay, the report said that the early warning system was ‘adequate’, but questioned what would happen if risks arose. It suggested that the system could do little to prevent a rollback or even reversal of reforms. Furthermore, it noted that the early warning system is ‘limited to programme countries, which does not allow it to capture systemic risks.’ One way to prevent future crises could be to expand the early warning system monitoring process beyond the countries that are paying back aid. This would involve changing the ESM’s remit, and it would make it easier to combat the next crisis if problem spots are identified sooner.
The euro area is in the midst of shaping the future of its institutions. Towards the end of 2018, Member States agreed to broaden the mandate of the ESM beyond aid programmes while respecting the mandate of the European Commission related to surveillance and economic policy coordination.