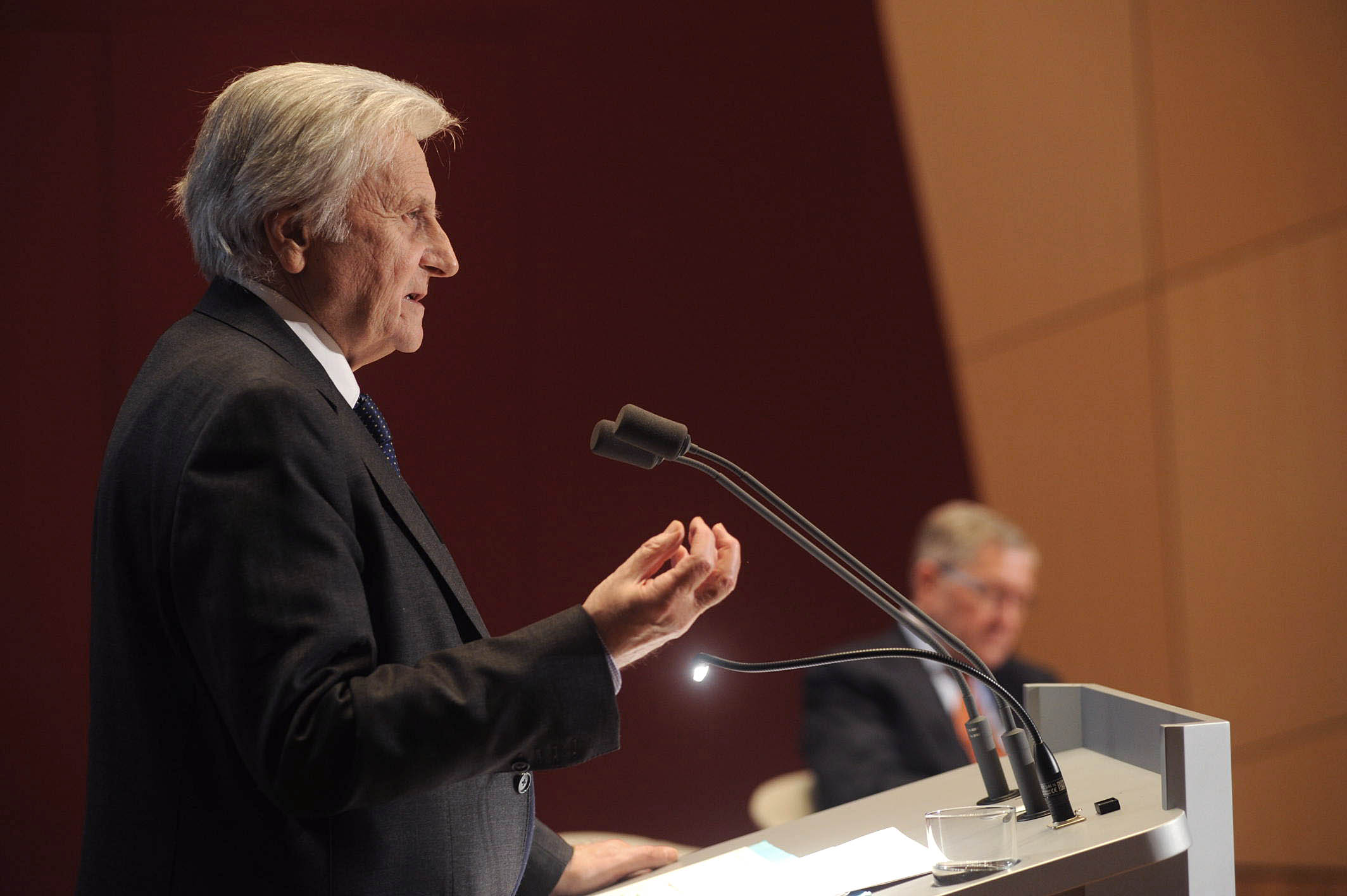 Luxembourg – ESM Managing Director Klaus Regling welcomed former ECB President Jean-Claude Trichet to the second ESM Conference to discuss ‘Economic, Fiscal and Financial Governance of the Euro Area: Lessons from the Crisis’. Speaking before an audience of financial professionals and policymakers in Luxembourg’s Philharmonie, Mr Trichet underscored the need to make Economic and Monetary Union (EMU) more robust, and laid out his views on the need for further integration of the Euro area and the European Union.

Jean-Claude Trichet said: “We need to reinforce the executive and the legislative branch of the euro area. We need a Minister of Finance of the euro area. And together with this Minister of Finance you would have an administration, a Treasury if you wish. Secondly, we need much more clout for the legislative branch, and my proposal is for the European Parliament - in the format of the euro area - to have the ultimate say when there is a conflict between a particular country and the European institutions.”

Mr Trichet was President of the European Central Bank (ECB) from 2003 to 2011. Previously he served as Governor of the Banque de France, Director of the French Treasury and Chairman of the Paris Club. Today he is a member of the Board of Airbus Group. Furthermore, Mr Trichet is Chairman of the Board of the European economic think tank Bruegel and of the Group of Thirty.

"Jean-Claude Trichet is among the euro’s founding fathers”, Klaus Regling said. “At the helm of the treasury and the Banque de France he made his country a driving force for Europe’s currency union. As he led the ECB he showed the determination and pragmatism indispensable to steer EMU through the crisis at a time when it did not yet have its proper institutions to assist Member States without market access. With his experience, Jean-Claude Trichet is an authority on monetary integration and his ideas on strengthening the euro area are extremely valuable.”