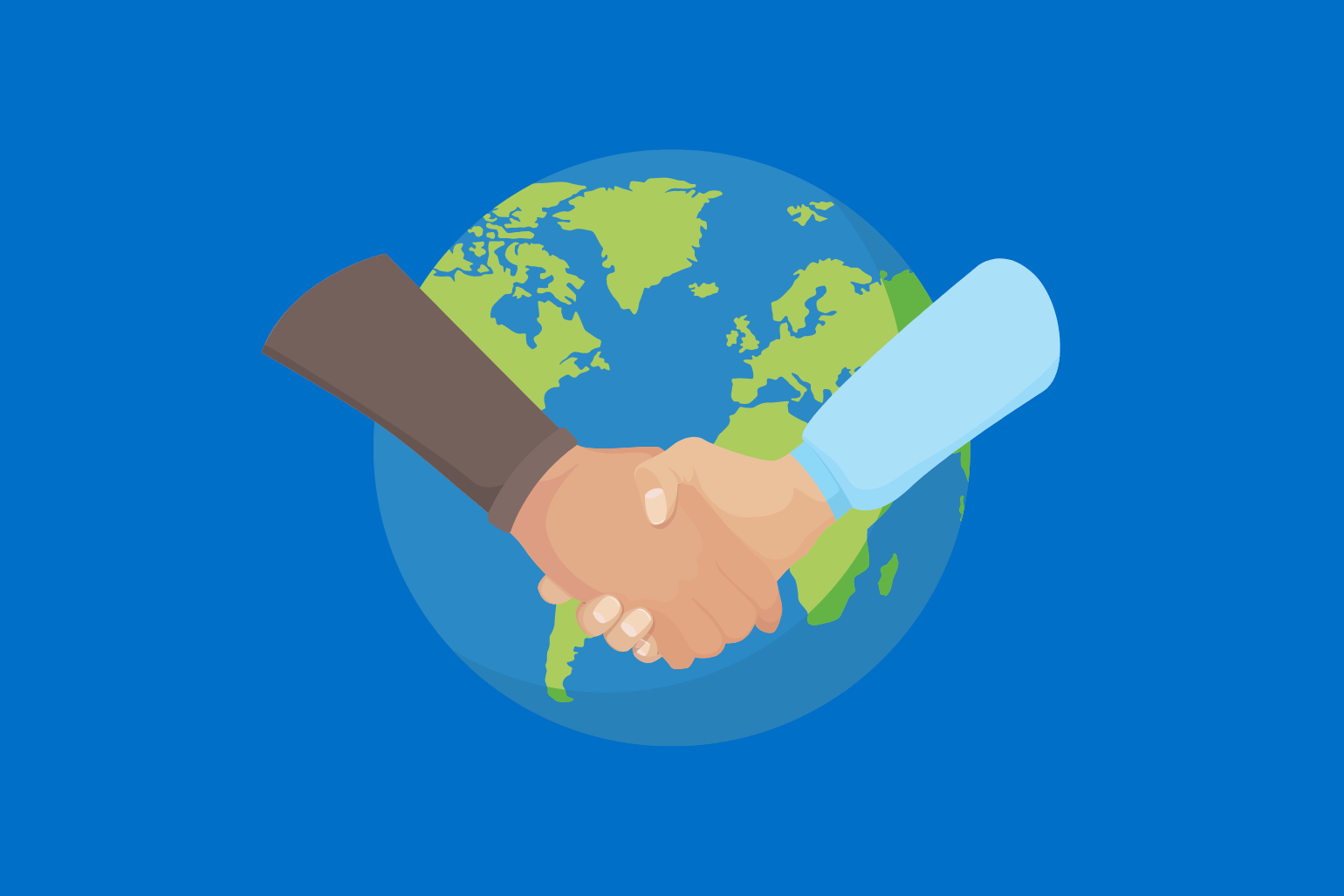 In a rapidly changing world with a cloudy immediate outlook, ministers, and central bank governors from around the world met for the International Monetary Fund (IMF) and World Bank Annual Meetings in Washington D.C. last week. These meetings offered a good opportunity for policymakers, international financial institutions officials, citizens, and investors to share views on current crucial global topics. Thousands of participants attended the first full face-to-face exchanges since 2019 in Washington.

The ESM, as it was the case in the past, took an active role in these meetings. Here are our six takeaways:

Record high inflation in most countries across the globe is taking a toll on real income as well as growth and forces monetary policy to tighten. This was the focus of discussion during the meetings. Europe is affected most by the energy and food price pressures. Still, poorer regions suffer more from the cost-of-living crisis because people in low-income countries need to use a larger part of their income to finance their daily lives. The IMF’s inflation outlook for Europe sees inflation declining towards the European Central Bank’s objective rate of 2% over the medium term beyond 2023. The continued conflict in Ukraine could however lead to a prolonged increase in energy and food prices. Similarly, it would be more challenging for central banks to keep inflation expectations well-anchored if the cost increases seen for food and energy have a stronger or more protracted impact on inflation than foreseen.

The world is set for an economic slowdown, although the IMF stopped short of predicting a global or European recession next year.[1] Many discussions focused on the risk of knock-on effects. How will European companies survive and adjust if increased energy prices persist? Loss of access to cheap gas from Russia indeed implies that energy prices may be higher than in the past for a few years. The risk that big energy-intensive European companies could move production to countries outside of Europe that enjoy cheaper energy costs is real. Other concerns focused more on labour markets, but there was broad recognition that European labour markets are performing strongly. In fact, the risk that workers leave the labour market to retire or take up other activities is more acute in the US than in the euro area. This is one reason why euro area wage pressures have been more muted thus far. Higher-than-expected energy costs and tighter financial conditions present the most prominent downside risks for growth which could indeed push the world closer towards a recession.

Monetary policy is responding to curb inflation and revert it back to central banks' price stability objectives over the medium term. For the euro area, this means the market prices in the European Central Bank’s policy rate peaking at 3% by mid-2023. The key question was whether markets are too benign in their views on the European Central Bank and US Federal Reserve policy paths and if more aggressive tightening may be needed. For the euro area, there was no conclusive answer given the data dependency of the monetary policy reaction, current uncertainty on the inflationary dynamics, and the speed and magnitude of the economic slowdown. Central banks’ coordination is critical in an environment of simultaneous monetary policy tightening around the globe. It would create a negative impact on the real economy if the spill-over effects are not sufficiently considered. A more permanent shift towards higher rates than currently foreseen by many market participants will tighten financial conditions for households, businesses, and sovereigns.

There was also strong consensus among policymakers that temporary and targeted fiscal policies would be prudent to address the cost-of-living and cost-of-operating problems for firms and households. They are needed for successful monetary-fiscal interaction. Market participants noted that reality forces governments to build on a broader set of measures. They will watch closely how fiscal policy balances both being supportive and sustainable. The market turmoil following the policy statement of the UK government made it clear that market reactions can be punishing if policymakers do not strike the right balance between promoting economic growth and balancing the budget. It was read as a warning to everyone that this holds even for reserve currencies and countries with high credit ratings. In turn, balanced measures to support vulnerable citizens and keep incentives to conserve energy received praise. As did the powerful tools Europe has at its disposal with European safety nets and the transformative Next Generation EU and REPowerEU funds.[2],[3] Markets certainly see Europe stronger than in the past.

The UK market events also underscored the message that there will be financial stability challenges in the years to come as the world enters a new monetary policy cycle. For advanced economies, financial stability challenges recently emerged from liquidity needs and worries focus now on the non-bank financial sector. Much effort has been put into strengthening the European financial sector and in particular the banking sector. We can now reap the benefits of this. But the recent funding strains for European energy companies or the UK pension funds sector sparked by derivatives holdings shows the risks of financial positions held for a long period. These financial positions worked in a low-interest rate environment and calm markets yet become problematic when markets are volatile and liquidity costs rise. European governments have dealt with recent challenges to preserve financial stability, but issues of transparency of financial exposures, links to the banking sector, and availability of liquidity and collateral remain.

In our High-level Dialogue with the IMF and our peer rescue funds in Asia, Latin America, and other regions, we looked at financial stability risks and the support provided by crisis mechanisms around the globe. Regional spillovers exist, with tightening of monetary policy in advanced economies having repercussions in emerging markets and potentially leading to debt mismatching. We were also informed about ideas to build a crisis resolution mechanism in Africa. Countries in Africa are strongly affected by the cost-of-living crisis and will face debt sustainability issues in the future. This is not a systemic financial stability risk for Europe in the short run but remains highly relevant from a social perspective and with a view to longer-term migration pressures. European efforts to support Africa are well placed.

The IMF and World Bank Annual Meetings underscored the challenging times the world is facing. High inflation and rate increases present a different challenge compared to previous years. Financial stability in the euro area is the mandate of the ESM. For the euro area, we feel Europe can provide a strong policy response, as witnessed during the pandemic. Europe can manage the energy crisis based on the resilience built over the past decade and with proper monetary-fiscal policy coordination. But we cannot be complacent and must remain alert to the challenges ahead.

The authors of this blog would like to thank Giovanni Callegari and Niels Hansen for valuable contributions to this blog post.