The seventh High-level Regional Financing Arrangements (RFAs) Dialogue was held on 12 October 2022 in Washington DC amidst a highly uncertain global outlook and slowing growth. The discussion focused on ways to strengthen cooperation in the face of the multiple shocks that are testing the resilience of the world economy, and how to contribute to a stronger Global Financial Safety Net (GFSN).

The IMF and the heads of RFAs (the Arab Monetary Fund, the ASEAN+3 Macroeconomic Research Office cum the Chiang Mai Initiative Multilateralisation, represented by the People’s Bank of China as its 2022 co-chair, the BRICS Contingent Reserve Arrangement, represented by the South African Reserve Bank, the Eurasian Fund for Stabilization and Development, the European Commission, the European Stability Mechanism, and the Latin American Reserve Fund) exchanged views on the global and regional conjunctures and risks going forward. In this period of heightened fragility and multiple shocks facing the global economy, they reaffirmed their commitment to cooperate closely to help members overcome these difficult challenges. In this context, the French co-chair of the G20 International Financial Architecture Working Group updated participants on the group’s priorities, including supporting vulnerable economies and increasing the resilience of the international financial architecture.

The RFAs reflected on ways through which they could support the global fight against climate change and their members’ efforts to achieving the Paris Agreement’s goals. No region will be spared from the impacts of climate change, with many parts of the world already experiencing more frequent and severe extreme weather events that disrupt lives and livelihoods. The RFAs stressed the urgency of taking concerted and continued action at global, regional, and national levels, as countries adapt to and build resilience against climate risks, while trying to capture the opportunities offered by a greener economy. Against this backdrop, the RFAs outlined ongoing progress to integrate climate considerations into their operations, in accordance with their individual mandates and policies. The efforts from RFAs focus on building up internal analytical and technical expertise, enhancing monitoring capabilities to better account for climate vulnerabilities and risks, disseminating and sharing information across their memberships, and greening internal policies to support social and environmental responsibilities through various activities such as portfolio investments.

The IMF provided its view on the confluence of challenges facing the global economy, and its readiness to deploy and continuously adapt its toolkit to ensure its effectiveness. It highlighted its ongoing efforts to support their members climate change mitigation, adaptation, and transition to a low-carbon economy. These include, in the last few years, the adoption of a climate strategy, which envisions a greater focus of the Fund’s surveillance on climate-related issues; a stronger focus on the climate-financial nexus and the enhancement of Fund’s analytical and capacity development work on climate, including through the production of climate macroeconomic assessments. The IMF also updated the RFAs on the Resilience and Sustainability Trust, approved in April this year, which enhances the Fund toolkit by providing affordable, long-term financing to help vulnerable countries build their resilience to long-term challenges to balance of payments stability, such as climate change or pandemics. The IMF stood ready to continue its strong collaboration with the RFAs, based on the comprehensive 2017 Framework for Collaboration Between RFAs and the IMF, which remains well-suited to this end.

The African Development Bank (AfDB) presented a proposal to establish a regional financial stabilisation mechanism in Africa. If set up, this regional safety net could complement the existing international financial architecture, creating an additional buffer for concerned countries to protect against external shocks. In the spirit of their multilateral dialogue, the RFAs reflected on the paths of the creation of their own institutions, sharing insights with the AfDB on key ingredients for a successful process and lessons learnt.

The seventh joint RFA Research Seminar will be held in Colombia in the first half of 2023. The eighth High-level RFA Dialogue will be convened at the time of the next IMF/World Bank Annual Meetings in October 2023. 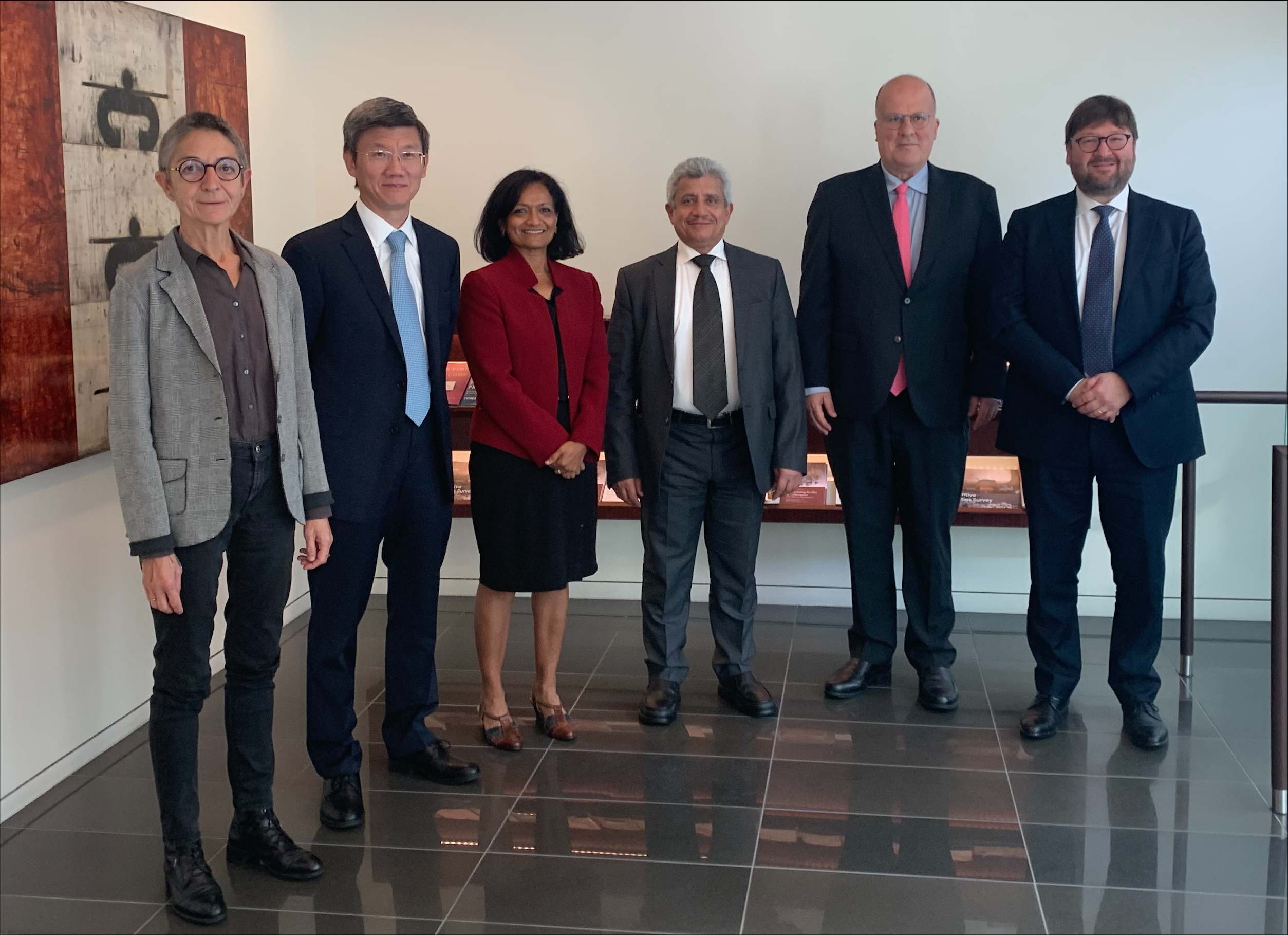