International Women’s Day: Let’s all be “each for equal” 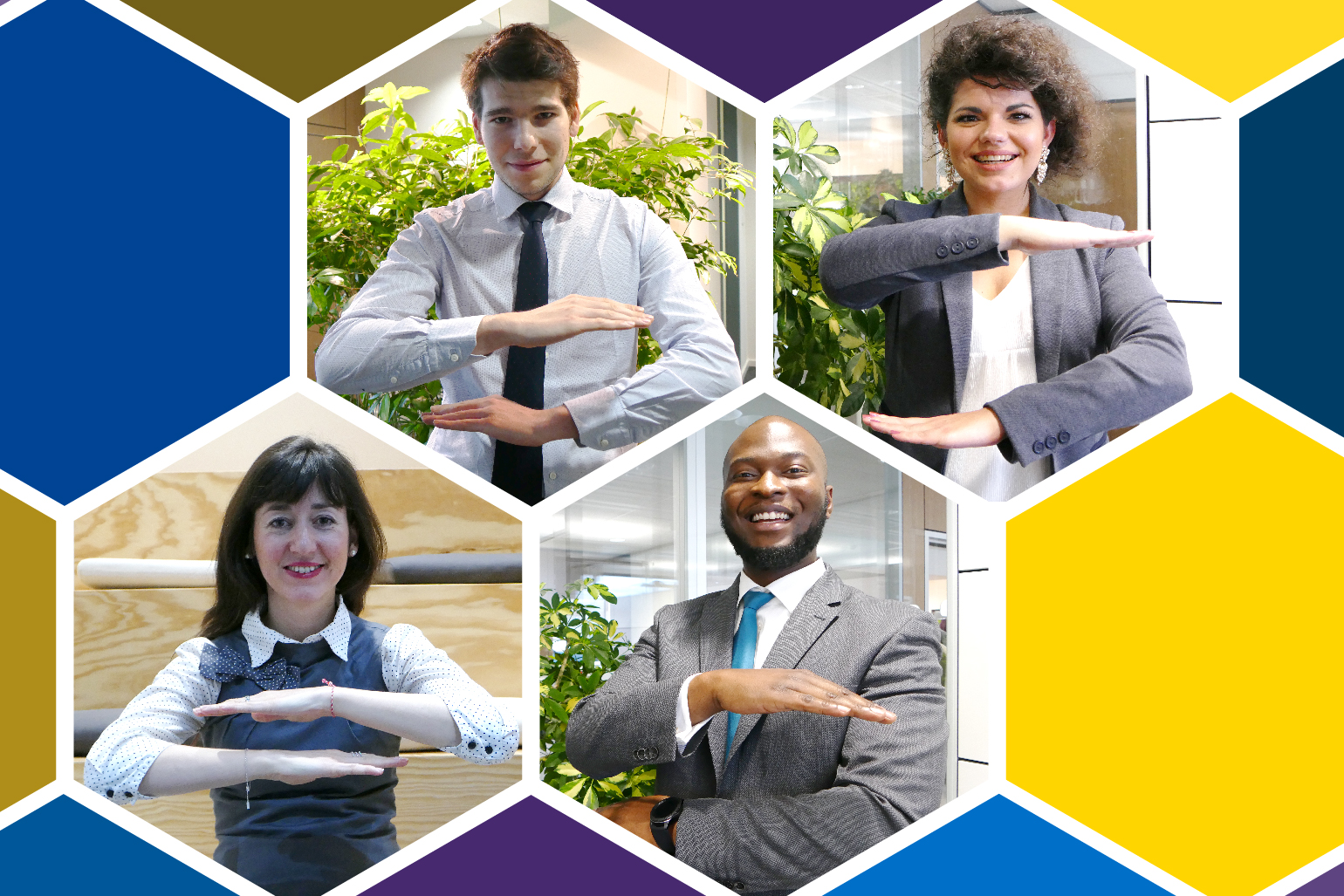 As we approach International Women’s Day, I have been reflecting on the feminism and gender equality movements – and have a confession to make: until recently, and despite actively supporting diversity and inclusion over the years, I struggled with these concepts. So I distanced myself from feminism. I felt the term often has a negative connotation and makes women who push for gender equality appear overly dramatic.

I felt similarly unhappy with the phrase gender equality as if being a respected and successful leader implied I had to behave more like a man. I often felt exposed to double standards. Women may appear to be competent or likeable, but seldom both. This was not my initial understanding of gender equality and these double standards undermined my morale. Under such conditions, a career in senior leadership seemed to go against my values. I felt I needed instead to find a role in which I could stay true to myself and not be condemned for it. Taking a brave stand for gender equality in a way that felt right, as in this year’s motto ‘each for equal’, was therefore not immediately obvious to me.

Although throughout my career I have faced a lot of gender stereotyping and encountered work-life balance challenges when I became a mom, I nevertheless downplayed the progress still needed to achieve real gender equality. While perhaps some fine-tuning would help, I believed we had solved gender issues in Europe.

I decided to stay at home with my two boys and loved our time together. Making that choice is as admirable as being at work. A choice that deserves social recognition rather than eye-rolling. It, however, often translates into women’s disadvantage in the workforce, affecting their financial stability and livelihoods. Such a choice must be a real choice and not simply be based on entrenched ideas that housework and childcare are a woman’s job. Equality in the workplace cannot exist without equality at home.

I am proud to say that my two sons have grown into wonderful young men. In parallel, I was able to build a successful career and grow into a fulfilling senior leadership role at the ESM. Looking back on both my personal and my professional achievements, I feel humble and grateful. However, it also makes me realise the impact I can have, as a female senior leader, on more junior colleagues to make them feel free to authentically pursuing their own goals and passions. Recently, I read the book The Age of Women: Why Feminism also Liberates Men by Alexander De Croo, Belgian Deputy Prime Minister and Minister of Finance, and two things struck me: both the stigma around the word feminism and the image that we are ‘almost there’ disappeared. And I asked myself, do I believe both conscious and unconscious gender biases are rampant within us? Do I believe women deserve the same rights as men? Do I believe women deserve equal opportunity and equal wages in the workplace? My answer is yes, yes, and yes – and this makes me a feminist.

Feminism and gender equality is not men against women, it is not women against men, it is all of us together, striving to be ‘each for equal’. We need to do better and I can help make a difference.

What has the ESM done to improve gender balance over recent years? First, we have made a commitment to recruit more women, and second to make sure that we can retain our female colleagues and help them grow. We have strengthened our proactive search for female candidates, and diversified our recruitment channels to ensure that there are sufficient female candidates for each vacancy. To mitigate the risk of unconscious biases in our selection, our recruitment panels are diverse. As a result, we see an upswing in female staff (to 42% in 2020 from 34% in 2016). Nonetheless, if we look at it a bit more closely, the majority of our female staff are in the lower salary grades, with only a minority in the upper grades. More needs to be done!

This brings me to our second area of focus, the glass ceiling.[1] Why, given there are plenty of competent women available, do we have so few in senior roles? From my own experience, I can confirm that even with plenty of competent women available, it is not always easy to get them on the shortlist. One of the reasons for this may be that most women seem to be uncomfortable with imperfection. A man who meets 50% or 60% of the requirements for a job or a promotion would usually go for it, while a woman will wait until she meets 90% or 100%.[2] Similarly, women are more likely to say no to a promotion.

As mentioned, stereotyping also hampers careers for women, in particular in leadership roles. If women act according to gender stereotypes, people often do not see them as leaders. And even women show gender bias about women. We need to become increasingly aware of rigid views of gender roles and address biases through dialogue and training. This will hopefully help us dismantle some of them. At the ESM, we plan to provide awareness trainings to reduce unconscious biases and to ensure that gender balance is an important topic on everybody’s mind.

Another significant barrier is the so-called double-shift. Equality at home is a fundamental underpinning equality within society and, therefore, in the workplace. To tackle this at the ESM, we have several HR policies aimed at making it easier for women to combine childcare responsibilities and a career, and for men to increasingly provide family support and ensure that childcare is not solely a woman’s job. We promote flexible working arrangements like telework and flexible working hours, and have made parental leave more attractive to staff. Having said this, creating these policies is not enough. Even the most generous paternity leave will not be used if managers do not genuinely support it. We therefore work hard to truly integrate them into our practices and build and sustain a culture that supports them.

Keeping an open mind to women’s issues is, in my view, our biggest challenge today, both in society and more specifically in the workplace. We will still have unconscious biases, which distort our thinking and our perceptions, and which are hard to unlearn – but if we genuinely care, we can make a difference.

In honour of International Women’s Day I encourage everyone to be bold for change. Dare to be different. Let others inspire you while remaining true to yourself. Let’s all be ‘each for equal’ and take action now!

[1] The term "glass ceiling" refers to the sometimes invisible barrier to success that many women come up against in their careers. Management consultant Marilyn Loden coined the phrase almost 40 years ago but says it is still as relevant as ever. For reference see: https://www.bbc.com/news/world-42026266
[2] Sandberg, S. (2013), Lean In: Women, Work, and the Will to Lead.