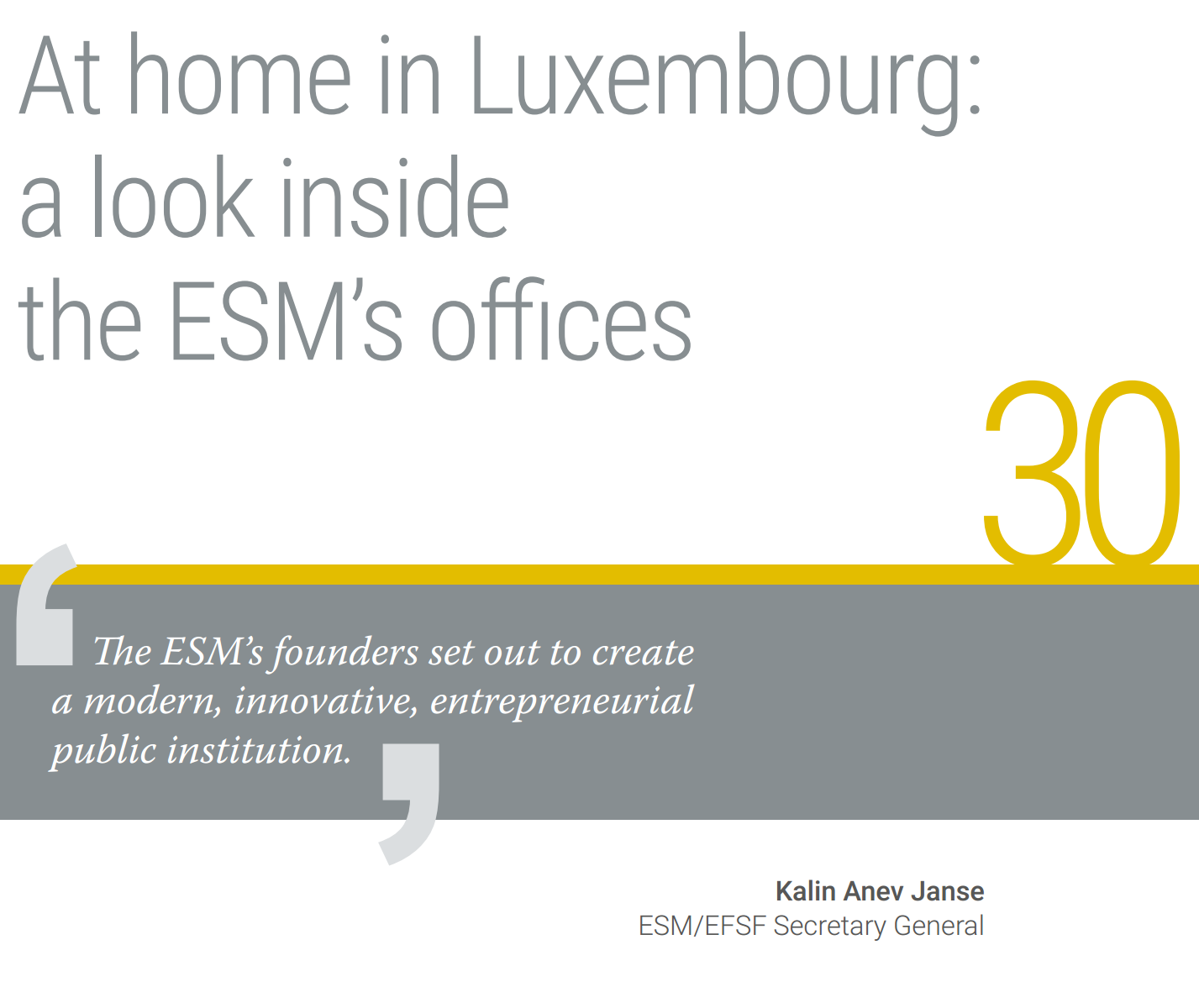 The ESM headquarters in Luxembourg’s Kirchberg district, the long-time home of private sector banks and public sector European institutions, has a major advantage over some older institutions: it was unencumbered by legacy systems – or even walls. This means its physical and information technology (IT) infrastructure were purpose-built.
‘We were in a very lucky position because in many areas, we could start from scratch and design it through,’ said Boris Fallnicht, ESM facilities manager. 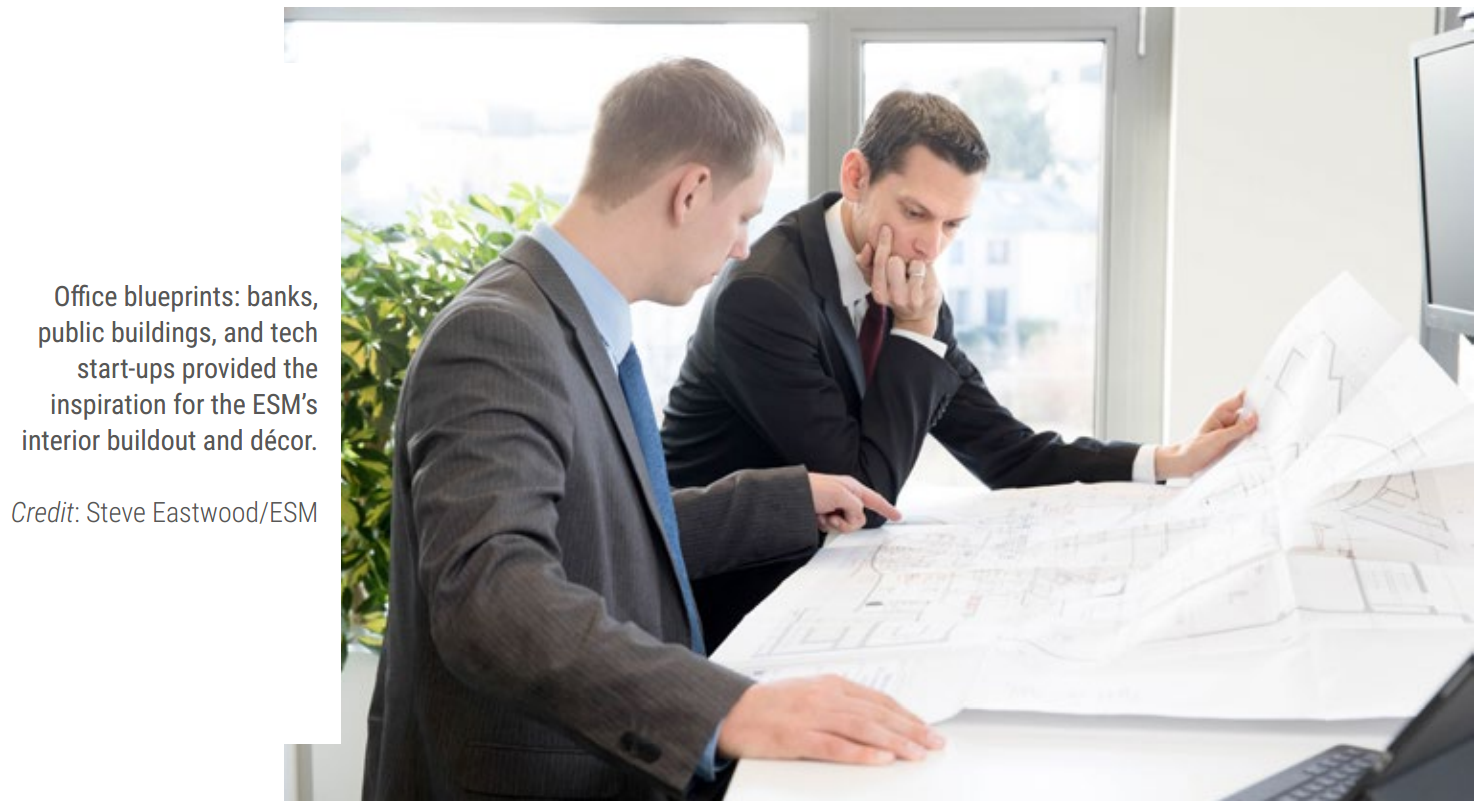