Early in the EFSF’s existence, the euro area decided it should have the power to buy bonds on primary or secondary markets, if requested by a euro area member state in danger of losing market access. These tools could be used to help the country raise liquidity and support the demand for its bonds. Any such programme would first need to be requested by the beneficiary and approved by the Eurogroup, along with the necessary conditions. But then it would need to be executed.
Primary-market purchases would be carried out by the EFSF’s funding team, with its substantial experience in bond offerings. Secondary-market purchases might be trickier, especially in the EFSF’s early days, when there was not yet an established investment department.
The Bank of France and the ECB decided to help. The EFSF developed a governance system and communications platform for collaborating with the two central banks. ‘Very quickly the capacity of the EFSF was put in place. Everything was ready at a very early stage – but it’s never been used,’ said Sébastien Lévy, a former Bank of France staffer who is now the ESM’s head of investment and treasury.
The ESM now has two bond-buying instruments at its disposal that countries may request: primary-market purchases, intended to help countries continue to sell bonds directly to investors, and secondary-market purchases, which can be used to aid liquidity on capital markets.
With the ESM’s establishment, the ECB withdrew and focused on its own bond-buying programmes. The ESM took over all EFSF activities. But the Bank of France has remained on call as a service provider for both the EFSF and now the ESM. Should a secondary-market purchasing programme ever take place, the ESM’s investment division would be at the helm of the operation, but trades could be carried out in either Luxembourg or Paris. This gives the ESM more flexibility, and also more avenues for carrying out its purchases.
In August 2011, Spain and Italy became the targets of market speculators, amid warnings from private sector analysts that their market access was under threat[8]. Trichet said he turned to the July framework as the basis for a series of actions to push back against the financial contagion. First, he asked the euro area governments – particularly Germany and France – to confirm their July commitments. He also wrote on behalf of the ECB to the prime ministers of Spain and Italy, ‘to draw their attention to the necessity of regaining creditworthiness through effective and visible measures’. Against this backdrop, the ECB was ready to act.
The ECB sought to protect its monetary transmission mechanism, by patching up dysfunctional segments of bond markets. On 4 August, the ECB voted to resume its own bond-buying programme, which it had started in 2010 during the euro area’s first efforts to build a coordinated crisis response[9]. Three days later, the ECB held an emergency conference call and signalled it would begin purchasing Italian and Spanish bonds as part of its Securities Markets Programme[10]. The impact was immediate: the next day, Spain’s 10-year yield fell 88 basis points to 5.16% and Italy’s sank 80 basis points to 5.28% on Monday 8 August.
But that respite proved short-lived. There was a perception that contagion was beginning to spread. In the month of October alone, Spain and Italy were hit by a wave of downgrades attributed to political uncertainty, weak growth, and the ongoing crisis. Standard & Poor’s downgraded Cyprus and Slovenia. 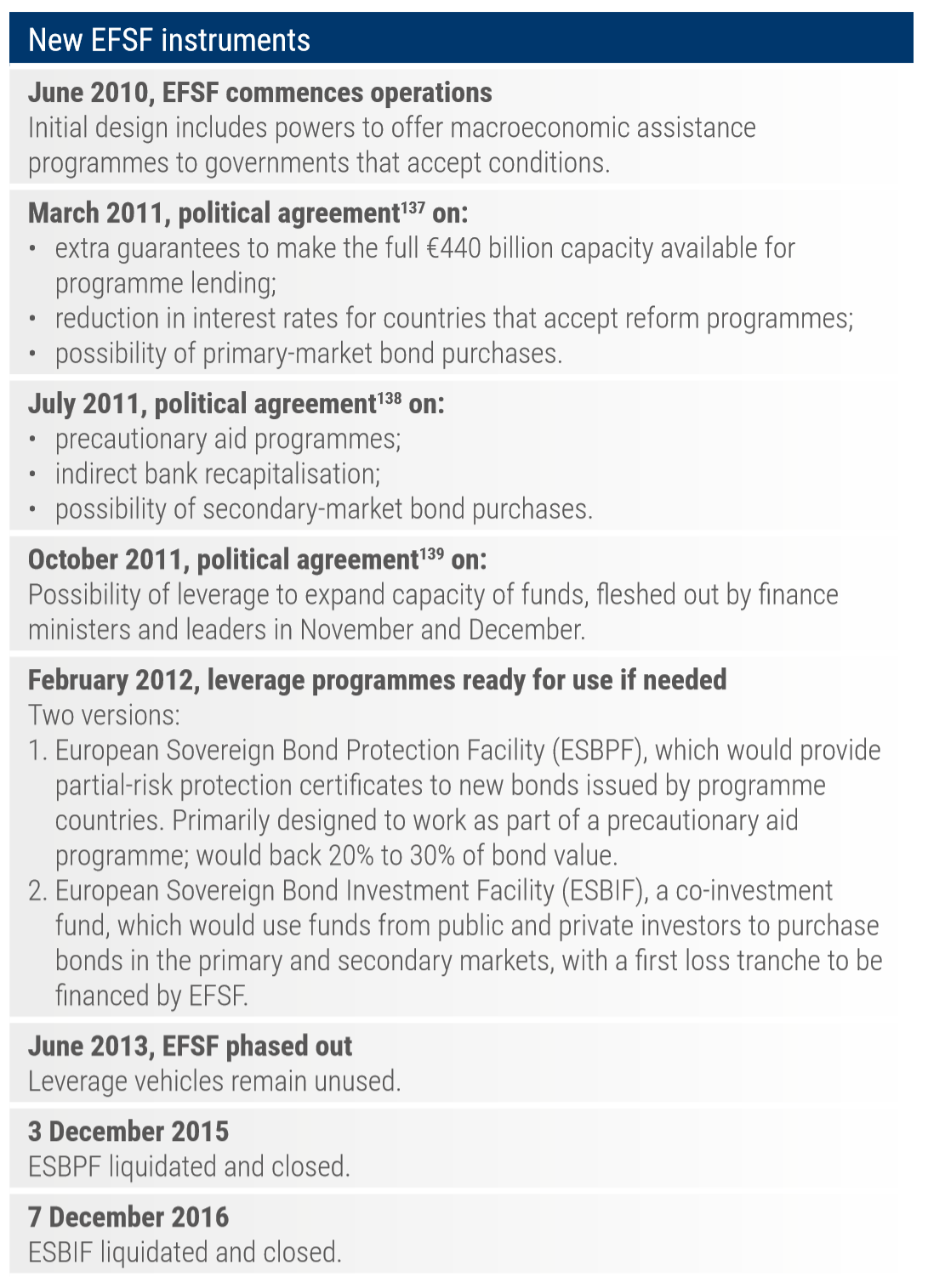