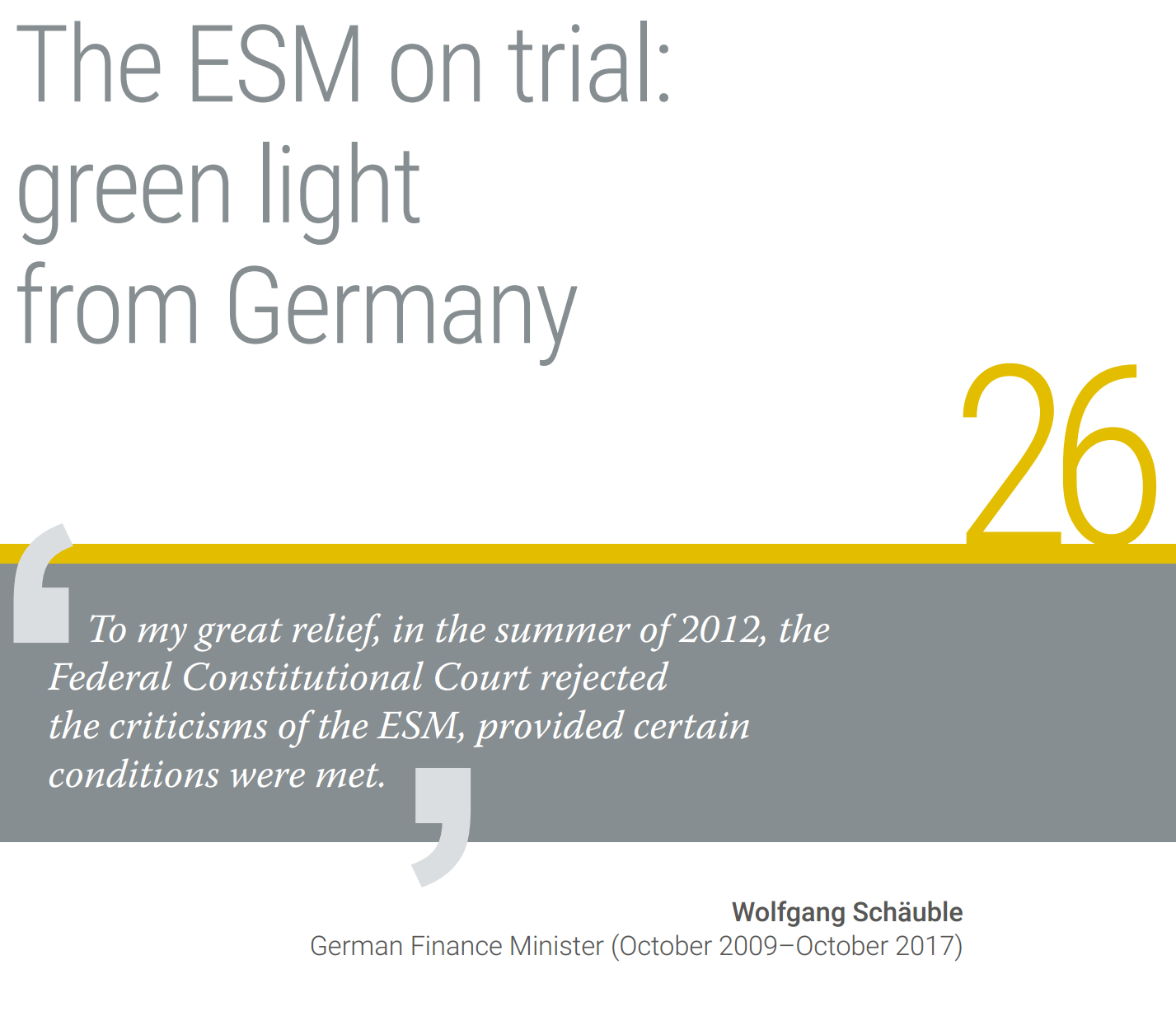 On 10 July 2012, a panel of judges in the distinctive red robes of Germany’s Federal Constitutional Court filed into a hearing that would ultimately decide whether or not the ESM could proceed. Resentment against Europe’s new firewall was bubbling into legal challenges across the euro area, with cases pending in Estonia and at the Court of Justice of the European Union. But, given the timing – Spain and Cyprus had requested programmes only 15 days earlier – and the size of Germany’s would-be contribution to the rescue fund, the Karlsruhe-based judges were seen as holding the future of the euro in their hands.
If the court ruled that ratifying the Treaty establishing the ESM[1] would violate Germany’s constitution, the new firewall would be unable to go forward. If the court gave the ESM its blessing, the euro area would have a firm foundation for its new permanent backstop. The high court had already ruled on the EFSF. In reviewing the ESM, its decision had even bigger stakes.