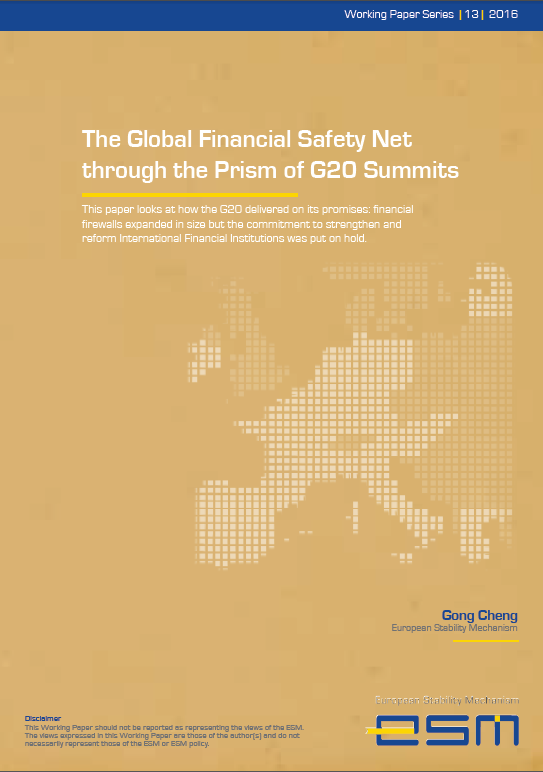 This paper looks at how the G20 delivered on its promises: financial firewalls expanded in size but the commitment to strengthen and reform International Financial Institutions was put on hold.

Since the Global Financial Crisis, the Group of Twenty (G20) has not only become the premier forum for policy coordination among major economies but has also played an important role in promoting reforms to safeguard global financial stability. This paper focuses on the commitments the G20 has made to strengthen the Global Financial Safety Net since its first Leaders’ Summit in Washington, D.C. in 2008. This paper first compares reform proposals that the G20 achieved and those it did not during the subsequent six years, or by the 2014 Summit in Australia. The paper finds that reforms aimed at enhancing financial resources and renewing instruments for emergency liquidity provision were substantially implemented. However, institutional reforms concerning the governing structure of International Financial Institutions were delayed. The paper then analyses, from a political economy perspective, why the G20 delivered on the first set of reforms, but not on the second. The urgency of responding to the crisis, the role of particular countries as well as institutional features of the G20 framework determine the political interests in this reform area.