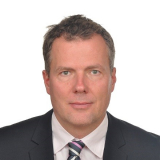 Žiga Lavrič has been working at the permanent representation of Slovenia to the EU as a Financial Counsellor Since September 2017. He has also been the ESM Alternate Director and EFC member. Mr Lavrič joined the Ministry of Finance in 1998 as a Member of the Cabinet of the Minister. Prior to this role, he worked for Creditanstalt Bank (Unicredit) and European Commission. Since joining the Ministry he has been working in Brussels at the permanent representation of Slovenia to the EU from 2000 - 2005 and 2009 - 2014 as a Financial Counsellor. In 2005 he was Director General for Financial System and subsequently, until 2009, State Secretary at the Ministry of Finance. He is a graduate lawyer and holds a Diploma from the Diplomatic Academy of Vienna.