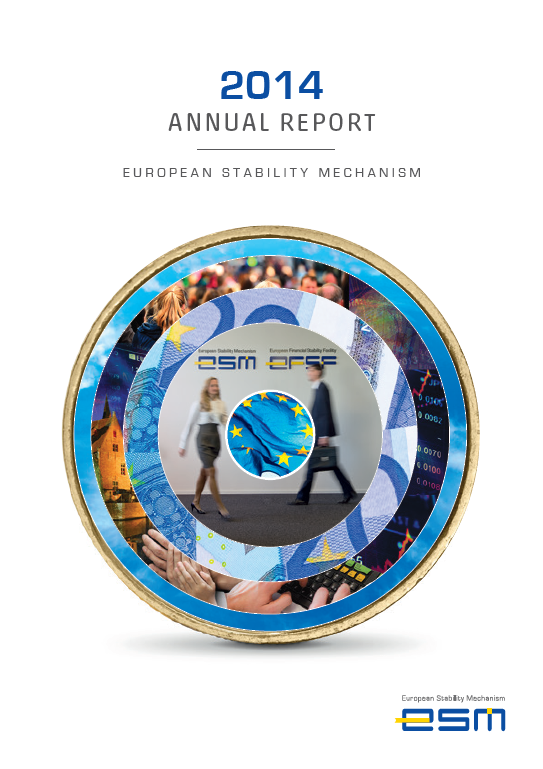 The annual report contains a description of the ESM's policies, activities, financial statements and economic developments in 2014.  Additionally, it contains an external auditor's report and a report of the Board of Auditors.

Excerpt of the message from the Managing Director

"The euro area as a whole put the crisis largely behind it in 2014. Positive developments were particularly marked in Cyprus, Ireland, Portugal, Spain and – at least until autumn 2014 – in Greece, the five euro area countries that have benefitted from financial assistance in a European Stability Mechanism (ESM) or a European Financial Stability Facility (EFSF) programme. Between December 2013 and May 2014, Spain, Ireland, and Portugal successfully exited their programmes and regained the investor confidence that they had lost. Greece was able to tap the bond market in mid-2014. But problems remain, with concerns particularly focused on Greece. Despite achievements early in the year – an improving economic performance and policy reforms adopted – by autumn, Greece had lost cautious recognition from financial market participants. It must now find a credible way forward to restore market trust. Overall, however, the euro area prepared the ground for sustainable growth in the future". -Klaus Regling