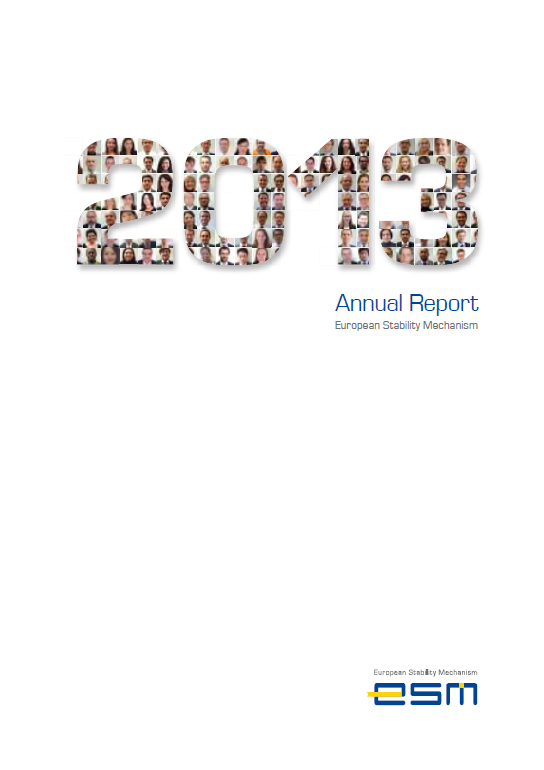 The annual report contains a description of the ESM's policies, activities, financial statements and economic developments in 2013.  Additionally, it contains an external auditor's report and a report of the Board of Auditors.

Excerpt of the message from the Managing Director

"If one word can characterise the year 2013 for the European Stability Mechanism (ESM) and the euro area, it is normalisation. While market concerns about the future of the single currency receded, the weaker economies within the euro area kept up the pace of reform and have started to exit their assistance programmes according to plan.

At the end of December, Spain exited its financial sector assistance programme. This successfully concluded the first ESM programme since the institution was founded in October 2012 as the euro area’s permanent crisis resolution mechanism. Earlier in December, Ireland completed its macroeconomic adjustment programme with the European Financial Stability Facility (EFSF), the temporary crisis resolution mechanism created in 2010. More recently, in May 2014, Portugal followed the same route, also completing its EFSF programme". -Klaus Regling