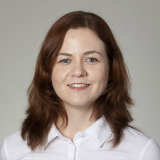 Diana Žigraiová is an Economist at the European Stability Mechanism (ESM). Diana holds a PhD in Economics from the Institute of Economic Studies at Charles University in Prague. Prior to joining the ESM she worked as a Junior Economist at the Economic Research Department of the Czech National Bank and completed an internship at the OECD Economics Department. Diana was also a visiting researcher at the European Insurance and Occupational Pensions Authority (EIOPA), University of California at Berkeley and Australian National University at Canberra. She has co-authored five articles published in international academic economic journals, including Journal of Financial Stability and Journal of Economic Surveys.