EFSF Board of Directors elects Harald Waiglein as new Chairman 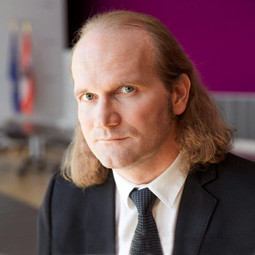 Luxembourg - The Board of Directors of the European Financial Stability Facility (EFSF) today elected Harald Waiglein as its Chairman. Mr Waiglein replaces Hans Vijlbrief, who served as Chairman of the Board since 2014 and was appointed President of the Eurogroup Working Group (EWG) on 22 January 2018.

Harald Waiglein joined the Austrian Ministry of Finance in 2007 and was appointed Director General for Economic Policy and Financial Markets in 2012. His current responsibilities include ECOFIN and Eurogroup affairs, international financial institutions, and financial markets regulation. He is also a member of the Board of Directors of the European Stability Mechanism (ESM) and the EU’s Economic and Financial Committee (EFC).

Klaus Regling, CEO of the EFSF said: “I am pleased that Harald Waiglein accepted the task of steering the EFSF Board of Directors. We will surely benefit from his experience in euro area policy and his excellent understanding of finance”. Klaus Regling added: “I would also like to thank Hans Vijlbrief for his four years of service as Chairman of the EFSF Board of Directors. The EFSF and ESM will continue to closely cooperate with him as head of the EWG.”

The EFSF Board of Directors, composed of top finance ministry officials, represents the 17 EFSF shareholders (all euro area countries except Latvia and Lithuania). It is the EFSF’s main decision-making body, responsible for matters including strategy, budget, and accounts.

The EFSF was created as a temporary crisis resolution mechanism in June 2010 and has provided financial assistance to Ireland, Portugal, and Greece. In July 2013, the ESM became the sole provider of new financial assistance for euro area countries, but the EFSF continues to operate in order to receive loan repayments from beneficiary countries, make interest and principal payments to EFSF bondholders, and roll over outstanding EFSF bonds.