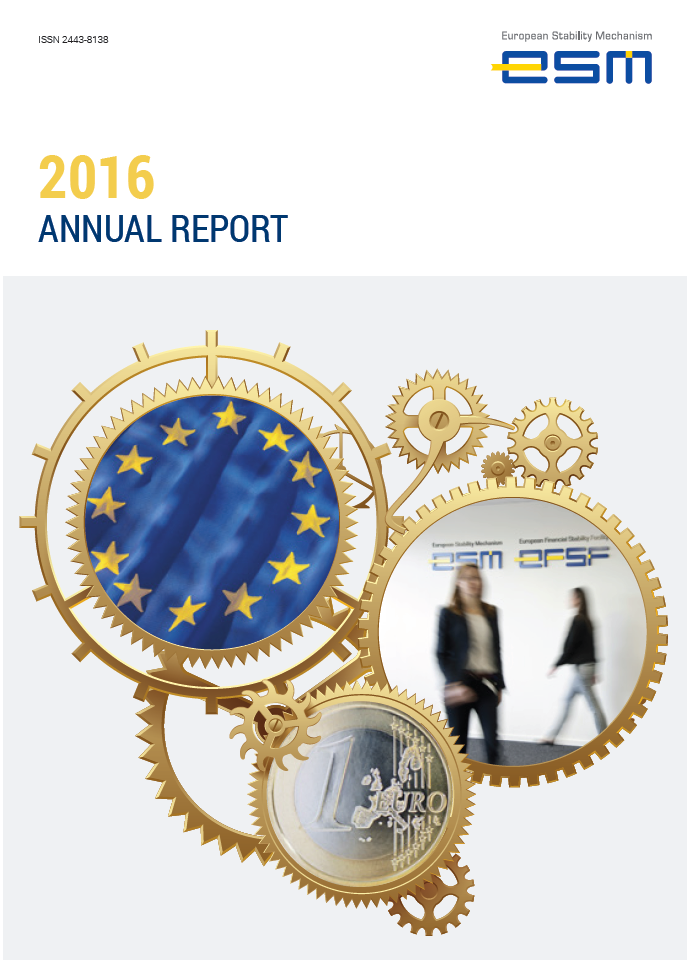 Jeroen Dijsselbloem, Chairperson of the ESM Board of Governors, voiced his positive assessment of the ESM’s achievements. “The ESM is playing a major part in increasing the resilience of the euro area and the common currency. This is key for our prosperity, further growth, and stability in Europe. As an institution, the ESM has earned a well-deserved reputation for reliability and effectiveness in fulfilling its mandate.”

The Annual Report includes the ESM’s financial statements for 2016, which were approved by the Board of Governors. The ESM’s net result of €568.8 million was allocated to its Reserve Fund, which now holds nearly €2 billon. This represents a potent buffer in an interest rate environment which remains challenging.

Since the last Annual Meeting one year ago, countries which have received ESM/EFSF financial assistance continued to make substantial progress in their economic recovery. Ireland’s 5.2% GDP growth in 2016 was the highest among all 28 EU countries.

ESM Managing Director Klaus Regling said: “The past year has shown that our strategy of providing loans in exchange for reforms is working well. Countries are reaping the benefits of difficult economic adjustments, with clearly visible gains in growth and employment. The ESM helped them get back on track with long loan maturities and low interest rates. I am confident that Greece can eventually join our four former beneficiary countries Ireland, Portugal, Spain, and Cyprus and return to market financing and sustainable growth if agreed reforms are carried out consistently. Our five beneficiary countries saved a total of €14.4 billion in debt service payments in 2016, compared to the assumed market cost of funding. Greece alone saved €9.9 billion last year, the equivalent of 5.6% of the country’s GDP.”

An electronic version of the ESM Annual Report 2016 is available on the ESM website.