A vision of debt capital markets 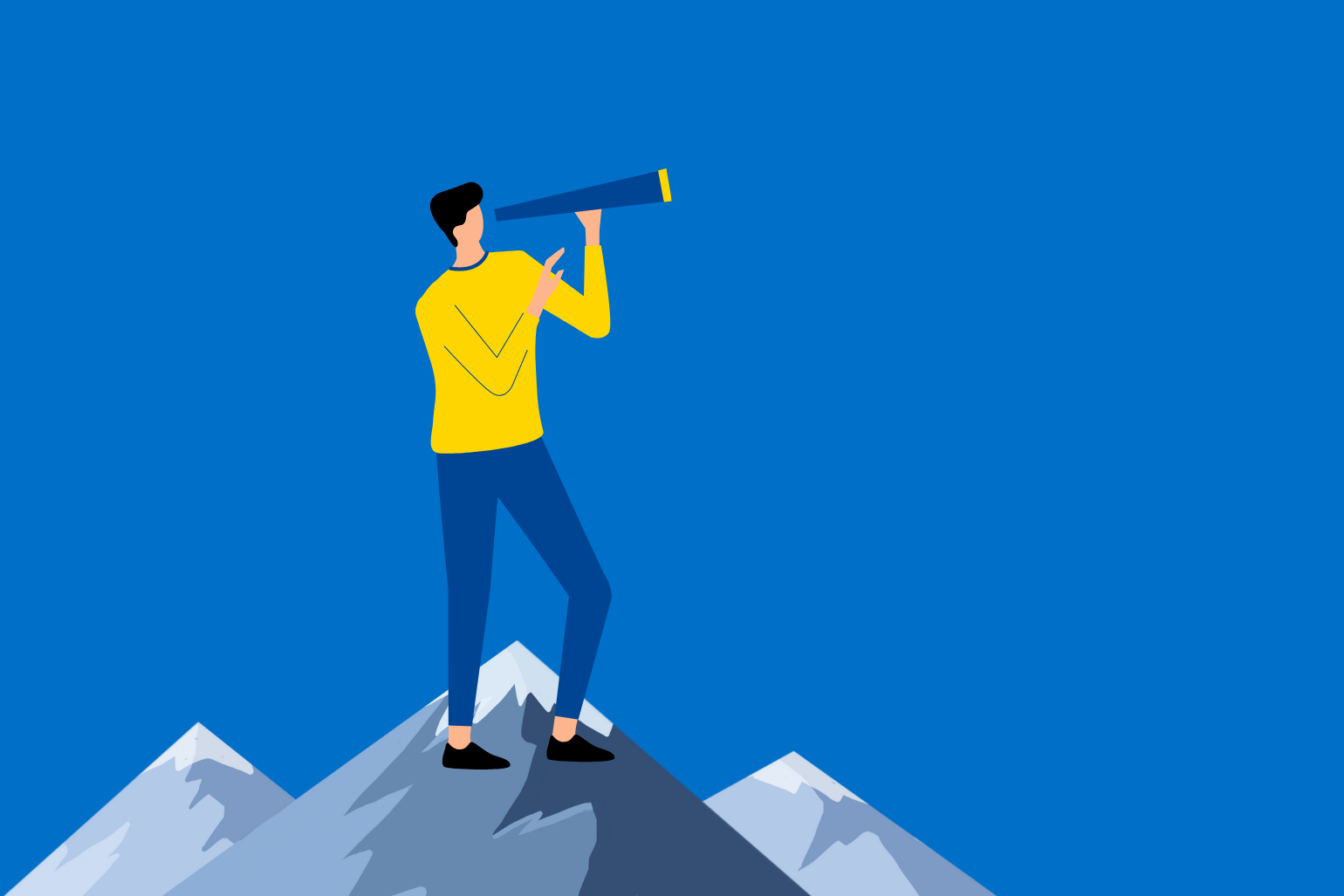 Paperless trading of equities and bonds has been around for decades, with many physical exchanges that once hosted markets giving way to digital processes – and this is only the start of an accelerated move to digitalise.

So, how will digitalisation shape the future of capital markets?

We are convinced that the current setup for distributing new debt to investors is set to shift to the common, modern-day distribution of goods and services through automation, digitalisation, and the use of data-based intelligence.

This digital upgrade is also vital for Europe’s ambitions to advance capital markets union. Getting legal fragmentation out of the way will allow for faster adoption of digitalisation and the harmonisation and scaling up of European debt markets – as well as make them more competitive internationally. There is consensus in the market on this, and industry and regulators are about to set the stage for change.

But beyond this, the future is more difficult to chart. Perhaps debt distribution platforms will take market share from currently fragmented solutions, either provided by banks or fintech companies. For example, tokenised assets that sit on blockchain may completely redesign debt markets as we know them. However, Distributed Ledger Technology-based infrastructures will need to measure up to the benefits that can be reached by implementing current digital tools, largely available off the shelf.

In this blog post, we review how technology could shape the future of debt markets, from quick fixes to larger, more prospective changes.

High transaction volumes drive automation. The digitalisation in primary debt capital markets has been slower to take off than in secondary trading and equity markets, notably because the size and liquidity differ greatly. Although the average size of an equity trade on the London Stock Exchange is around  €6,000, the number of transactions is high and this incentivises more innovation and drives digitalisation. Conversely, the typical trade size for corporate bonds is €1 million, and €5 million for government bonds.

The technology is now mature enough to address the primary market. For instance, digital debt distribution platforms promise to cover full front-to-end or at least important parts of the process. Banks, in their role as intermediaries, increasingly engage with tech providers and develop shared solutions. Stakeholders will benefit from increased efficiency, lower “production” costs, and increased risk mitigation. There will be no disruption, but rather adjustments of business models.

Data is powerful because it both offers knowledge and informs process. Today, the ESM, like other bond issuers, can only access and process data in a very partial, fragmented, and restricted way. Debt issuance in Europe still functions like trains running on different railroad tracks – not very efficiently. This is a missed opportunity as large amounts of data travel through the issuance process.

Stakeholders protect the access to data, claiming them as proprietary, which limits the way in which it can be used. Fragmentation stands in the way of digitalisation in debt capital markets, as acknowledged in a recent Report by the Debt Issuance Market Contact Group initiated by the European Central Bank (ECB).[1] Common data dictionaries and common term sheets will boost the use of existing fintech and data. The ESM actively contributes to the respective ongoing work initiated by the Fintech Advisory Group of the International Capital Markets Association.

Issuers and investors could get the most out of the vast amount of data to which they have access by systematically using machine learning. Fintech companies and agents work on providing not only these data pools but also tailor-made intelligence for the customer. Based on anonymised inputs, issuers and investors can gain important intelligence to better identify funding or investment opportunities. Combined with proprietary data and the use of algorithms trained with other data, an issuer can even predict individual buy side probabilities.

Two such applications of artificial intelligence (AI) are particularly suitable.

Natural language generation (NLG) crunches structured data (figures, tables) to provide descriptive texts. NLG can be used to automate counterparty credit risk reviews. An experiment conducted at the ESM showed that up to 45% of this kind of report can be automated, when NLG is combined with natural language understanding (NLU), which crunches unstructured data (text) to provide structured output. It can also be used for investor presentations, environmental, social, and governance use of funds, and impact reporting.

NLU can help risk teams automatically retrieve data from bank reports to enrich their analyses. Investment teams can also enhance their investment strategy by setting up queries running on a very large number of news sources to detect early buy and sell signals. These signals may improve data sources, which can then feed back into NLG or machine learning algorithms.

Streamlining ‘know your customer’ process will ease some pain

Know your customer (KYC) standards are an essential part of banking these days to avoid risks such as money laundering. At its most basic, it involves a mandatory process of verifying the client's identity when opening an account.

Today, KYC processes are multi-layered and thereby partially redundant. Investors need to provide the same data and documents in multiple formats to the banks they work with. The emergence of KYC platforms will improve the onboarding and updating processes. Ensuring that customers do not have to enter the same information several times will bring additional efficiency to the process. It involves a mandatory process of verifying the client's identity when opening an account.

These solutions work as a central repository of documents required for KYC purposes and screen publicly available data and information with AI tools to provide early warnings of adverse changes and omissions. They also adapt to the evolving common European regulatory requirements.

How to bring more efficiency to the issuance process

On the technical side, platform providers and fintechs propose to digitalise, in particular, the syndicated bond issuance process from preparation and announcement to book building, allocation and pricing, documentation, settlement, and final distribution. Generally, providers only focus on parts of the process and the sector is fragmented with no clear market leader, yet. Issuers will have to insist on interoperability of digital solutions and platforms and ensure that their use will not exclude any investor or intermediary they want to work with, whichever technology prevails.

Digital applications could enable the automation of documentations, leveraging on structured and unstructured data to, for instance, automatically fill borrowing documents like final term sheets from an issuer’s documentation. They will also enhance investor reach (retail, global) as using the same platform allows for instant and direct contact between issuers and investors.

The tokenisation of assets has the potential to increase, despite risks and shortcomings to overcome. The ability to access and process data will allow a self-executing contract with the terms of the agreement between buyer and seller directly written into lines of code, known as smart contracts,[2] to automate corporate actions such as coupon payments and bond redemptions. The technology exists, with both permission-based and private blockchains.

If the tokenisation of assets becomes the norm, as we expect, it will only disrupt those market actors who do not adjust. We currently see central security depositories positioning themselves for a time when assets are kept in digital format on chains by, broadening their value proposals beyond their current key areas of competence – from the safekeeping of assets to gatekeeper services for on-chain debt. Thus, the chain would act as a de facto central security depository.

Streamlining the process will also include the debt issuance process. In April 2021, the European Investment Bank issued the world’s first digital bond on Ethereum, a decentralised, open-source blockchain with smart contract functionality. Several recent experiments have shown both the feasibility and added value of putting the whole post-trade process on-chain.[3] Streamlining could allow for instant, possibly atomic settlement. Atomic settlement would eliminate the lag between trading and settlement of a bond, rendering it instantaneous. Secondary debt trading, collateral handling, and automation of corporate actions may also be addressed.

A wholesale digital euro issued by the ECB could be the ultimate enabler for a new debt distribution infrastructure. The ECB’s decision to launch a formal investigation into a digital euro is a move in this direction. In the meantime, so-called ‘bridge solutions’ may on-chain and off-chain solutions, like debt created and coded on chain triggering automatically off-chain payments with existing electronic money such as in the TARGET2-Securities[4] services.

However, a number of constraints still need to be solved. Regulation needs to be adapted and harmonised, supporting the ambition of capital markets union, to make it possible to issue fully dematerialised bonds, which is only possible in some countries today. The Distributed Ledger Technology Pilot Regime Regulation, published on 30 May 2022,[5] is an important step in this direction.

We are convinced that the trend of digitalisation will grow exponentially. Bonds on the cloud may be the next frontier.

The authors would like to thank Raquel Calero, Peter Lindmark, George Matlock, and Mariia Penina for their valuable contributions to this blog post.

[1] European Central Bank Debt Issuance Market Contact Group part 3.3 “Areas of harmonisation”, European Central Bank (2021)
[2] Smart contracts are a piece of code running on a blockchain. They permit the automatic execution of transactions, triggered by events happening outside of the blockchain. These events are detected thanks to data, available outside of the blockchain but that can be interrogated by the smart contract. Once launched, a smart contract will execute as per its code, reason why it is sometimes described as a ‘code is law’ type of contract.
[3] Experimenting settlement of French government bonds in Central Bank Digital Currency with blockchain technology, Euroclear (2021)
[4] What is TARGET2-Securities, European Central Bank (2022)
[5] Regulation on a pilot regime for market infrastructures based on distributed ledger technology, European Parliament and European Council (2022)