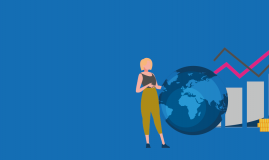 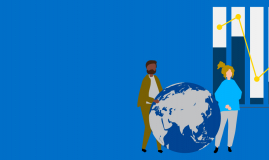 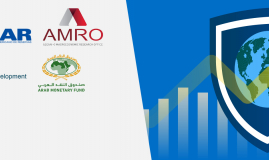 Statement of IMF, ESM and other Regional Financing Arrangements (RFA) on economic impact of COVID-19 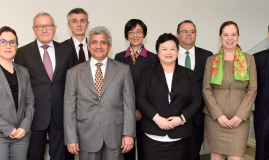 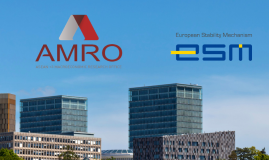 Regional Financing Arrangements (RFAs) are mechanisms or agreements through which groups of countries mutually pledge financial support to countries experiencing financial difficulties in their regions.

The ESM is the Regional Financing Arrangement for the euro area, while a few other world regions (e.g. Latin America, South-East Asia) have their own RFAs. Together they are the regional lines of defence in the Global Financial Safety Net (GFSN), which helps to prevent and mitigate the effects of economic and financial crises.

The ESM was one of the initiators of formal cooperation between RFAs and the IMF, and among RFAs themselves. Since 2016, an annual high-level dialogue takes place during the IMF Annual Meetings in Washington, DC.

The goal of achieving more effective cooperation between the IMF and RFAs was included in the G20 Hamburg Action Plan adopted in July 2017.

Video: How the ESM contributes to global financial safety (Length: 1:29) 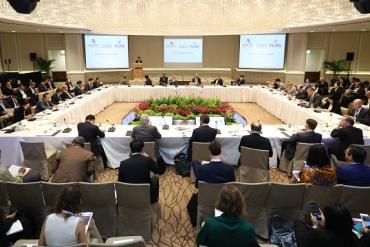 What are Regional Financing Arrangements (RFAs)?
RFAs are mechanisms or agreements through which groups of countries mutually pledge financial support to countries experiencing financial difficulties in their regions. The ESM is the Regional Financing Arrangement for the euro area, while a few other world regions have their own RFA. Together they are the regional line of defence in the Global Financial Safety Net.
Which institutions are classified as RFAs?
Apart from the ESM, the other major RFAs are: the Arab Monetary Fund, the BRICS Contingent Reserve Arrangement, the Chiang-Mai Initiative Multilateralisation1, the Eurasian Fund for Stabilization and Development, the EU Balance of Payments Facility, the European Financial Stabilisation Mechanism, the Latin American Reserve Fund (FLAR), and the North American Financial Agreement.

1 ASEAN+3 Macroeconomic Research Office (AMRO), an international organisation since February 2016, functions as an independent surveillance unit of the CMIM.
What exactly is the Global Financial Safety Net (GFSN)?
The GFSN has a triple objective vis-à-vis sovereign governments: to provide precautionary insurance against a crisis; to supply liquidity when crises hit; and to incentivize sound macroeconomic policies.

It consists of four layers: countries can self-insure against external shocks using foreign reserves or fiscal space at national level. At the bilateral level, there are swap lines concluded bilaterally among countries. At regional level, the protection comes from Regional Financing Arrangements. And finally, the IMF provides a global financial backstop.
Why have RFAs decided to cooperate with the IMF and among themselves?
Given numerous comparative advantages among different institutions, there are good reasons for strong cooperation between the IMF and RFAs and among RFAs themselves. A well-structured cooperation between the IMF and RFAs will generate synergies for resource allocation and surveillance. It will also trigger a mutual learning process for institutions to improve their own policy frameworks. Coordination failure with respect to conditionality could lead to “programme shopping” and associated moral hazard.

An adequately resourced and well-coordinated GFSN will contribute to the macroeconomic and financial stability in the international monetary system. The first high-level dialogue of RFAs held in Washington in October 2016 established a regular framework for policy dialogue and coordination at the highest level among RFAs, with the IMF, and the G20 International Financial Architecture Working Group.
What was the outcome of the first high-level RFA seminar?
This high-level seminar defined the terms of future cooperation between the Regional Financing Arrangements. The participants are committed to explore the great potential for cooperation in areas of common interest, such as economic surveillance. They also agreed to convene high-level dialogue among RFAs, the G20 International Financial Architecture Working Group and the IMF on an annual basis, at the margins of the IMF annual meetings. In addition, a research seminar focusing on key issues related to RFAs will be organised annually.
Further information and related content
Arab Monetary Fund
ASEAN+3 Macroeconomic Research Office (AMRO)
BRICS Contingent Reserve Arrangement
Eurasian Fund for Stabilization and Development (EFSD)
EU Balance of Payments Facility
European Financial Stabilisation Mechanism (EFSM)
EU Macro-Financial Assistance to non-EU partner countries
Latin American Reserve Fund (FLAR)
South Asian Association for Regional Cooperation (SAARC)