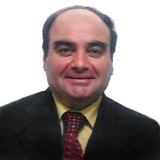 He has participated in and hosted numerous local and international events of a policy, statistical, economic, and of a financial nature. He has been participating in the monthly meetings of the Economic and Financial Committee for a number of years. He regularly provides support and attends the Heads of State European Councils. He also participates in the IMF/World Bank Meetings.

Ministry of Finance of Malta