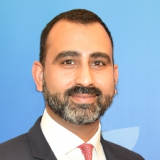 Nima Ahmadzadeh is Director of Economic and Budgetary Affairs at the Luxembourg Ministry of Finance since July 2019.

Prior to his current position, he served as head of the fiscal affairs department and worked extensively on economic and financial matters, at both European and national levels. Between 2014 and 2016, he helped setting up Luxembourg’s fiscal council as its first secretary general. In addition to his responsibilities at the Ministry, Mr Ahmadzadeh is currently also Chair of the Fonds souverain intergénérationnel du Luxembourg (FSIL) and a member of the Board of Directors of the Luxembourg State Savings Bank (BCEE).