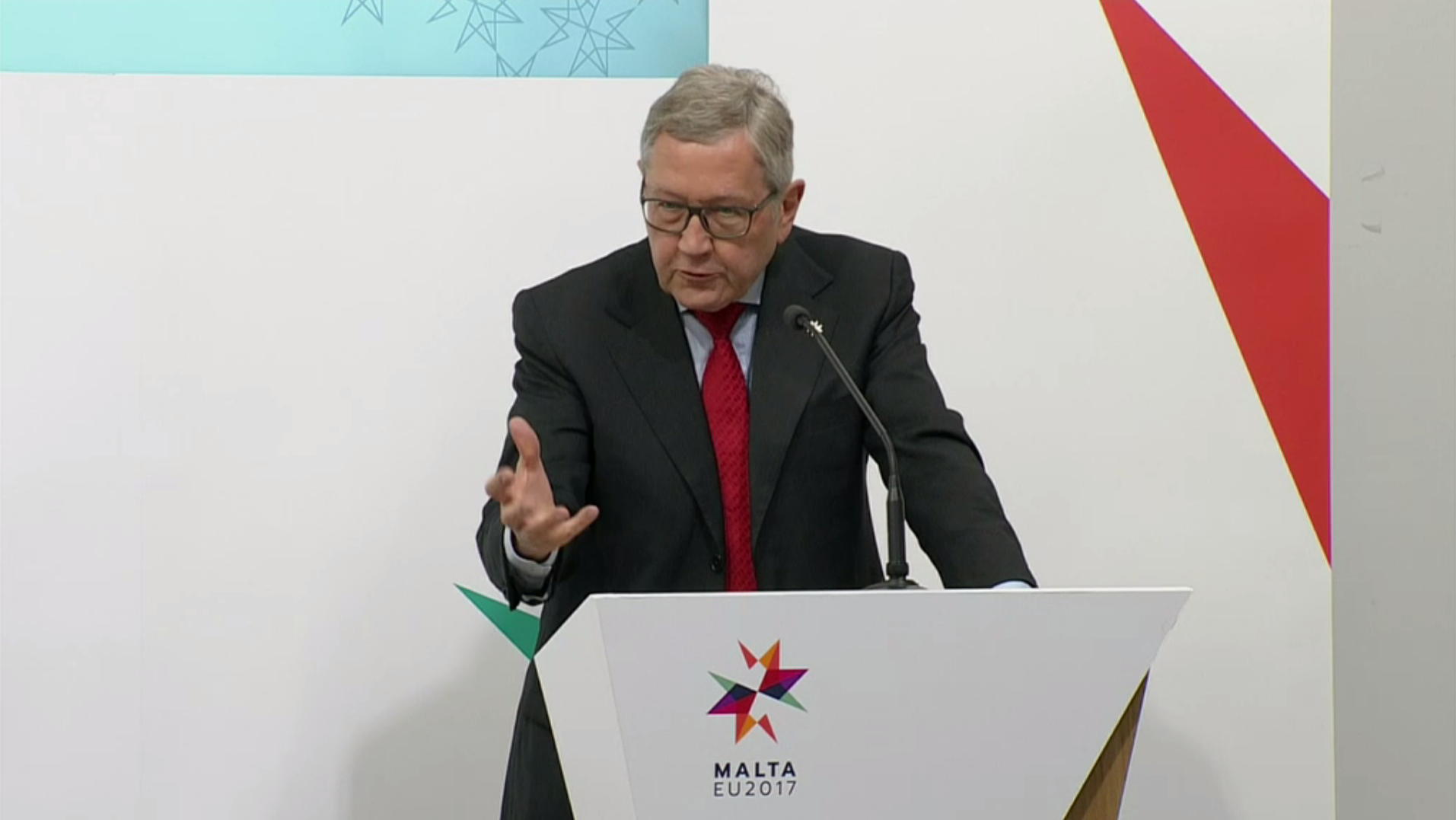 Before saying a few words on Greece and Cyprus from an ESM perspective, let me emphasise that I thought it was very important that the Eurogroup today discussed two issues that are really important for the longer-term good functioning of Monetary Union: namely, one, how to strengthen investment – that is important to improve convergence within the euro area, and also to raise its growth potential; and the second one – we heard reports on the functioning of the Banking Union from the Chairs of the ECB Supervisory Board and the SRB (Single Resolution Board). And again, the good functioning of the European banking system is crucial also for the good functioning and health of the euro area. Therefore, in the longer-term context, this is actually more important than solving specific country-related problems.

But of course, Greece was important and I share the view that you already heard. I welcome the agreement on the broad overarching policy issues. And I think that puts us back on a good path to complete the work and to conclude the review. You also heard about the overperformance of Greece, of the economy, the fiscal side in 2016; we will get the final numbers in about two weeks. We tend to talk about primary surpluses these days, but I think in other countries, people look more at the overall fiscal balance, and if the numbers we see so far in Greece are confirmed for 2016, we may well see a fiscal surplus, or a ‘black zero’, as it’s called in some countries. And I think that would be a remarkable achievement.

On Cyprus, the ESM participated also in the post-programme missions, together with the other institutions. We broadly share the conclusions on the positive developments, which are clearly demonstrating that the ESM programme for Cyprus worked well. There are also medium-term challenges. What is also encouraging is that financial markets have recognised these positive developments: the yields on public Cypriot debt have been coming down more than in other countries. The spread with Germany has narrowed more than for any other country in the recent months. And one of the rating agencies upgraded Cyprus to BB+, which is one notch below investment grade. So also that is positive in itself, and helps the financing conditions in Cyprus.